I just listened to Ivar Giaever's speech on the climate change, and he raised following points which seem significant to me:

Can anyone provide evidence to mute those points?

climate climate-change climate-models
Share
Improve this question
edited May 12, 2016 at 22:45

Ivar's graph is mischievous in trying to imply that there should be an exact correlation. The global air temperature is not a good parameter to chart against CO2 emissions because the increasing heat doesn't just warm up the air. Most of the heat goes into warming the upper layers of the oceans, but it is not a linear relationship. The ratio of air and ocean warming varies massively with the state of ocean current, in which El Nino is just the largest of several ocean oscillations. If, instead of graphing the global air temperature, he graphed the global heat absorbtion, he would have arrived at a much more uniform relationship to greenhouse gas emissions. Ivar is an engineer and a physicist, not a climate scientist, and his inability (or unwillingness) to look at the holistic picture makes me doubt his climate change credentials.

This is only saying that we have a large seasonal cycle. It says nothing about low-frequency variations. Once you remove seasonal effects, the centennial scale warming is obvious and nearly ubiquitous (yes, a handful of regions have been cooling recently, but the vast majority are warming).

Who expects it to be perfect? Certainly not climate scientists, for the reasons stated above and also here. This is a textbook example of a straw man, used ubiquitously by people who cannot make real arguments (like climate "skeptics")

Temperature differences y/y are very small compared to natural variation during the year, and the trend we see could be statistical illusion, especially that the scientists who developed the method were looking to demonstrate exactly that sort of trend.

Fortunately statisticians have developed tests to determine whether the evidence for a warming trend is "statistically significant" (i.e. the probability of observing a trend as great as that seen if it was just a statistical illusion is below some pre-determined threshold). This is basic STATS 101 stuff. If you pick a trend length above the WMO recommended minimum of 30 years (i.e. a period long enough to expect the trend to be detectable given the noise - in other words the test has reasonable statistical power) then the evidence for a warming trend is indeed statistically significant.

Well of course not, because CO2 is not the only thing that influences global surface temperatures, for instance volcanic forcing, aerosols, solar forcing etc. You would only expect a "perfect" correlation if CO2 were the only thing affecting GMSTs and there was no "weather noise", for instance ENSO changing the distribution of heat between the atmosphere and oceans.

Ivar has been rather naughty in his diagram, you can get a better visual correlation by rescaling the graphs: 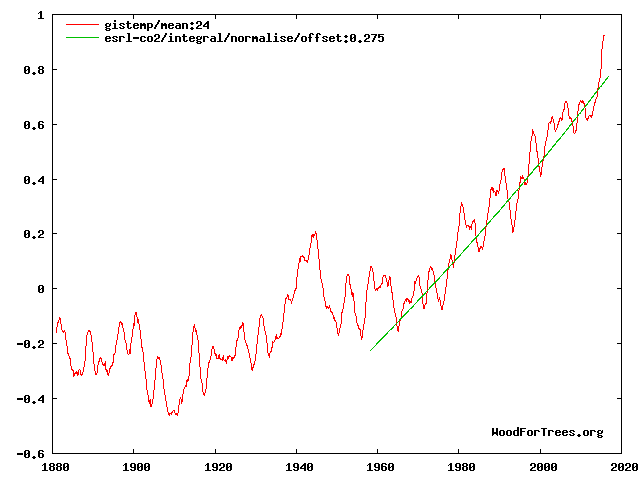 Sadly woodfortrees.org only has the Mauna Loa data, but you get the idea, if someone is claiming that the correlation isn't very good and don't plot the data in a way that maximises the apparent correlation, then that should ring alarm bells!

I suspect the correlation with total heat content (dominated by ocean heat content) is likely to be rather better (as increased radiative forcing heats the oceans as well as the atmosphere, so you need to consider them both together). 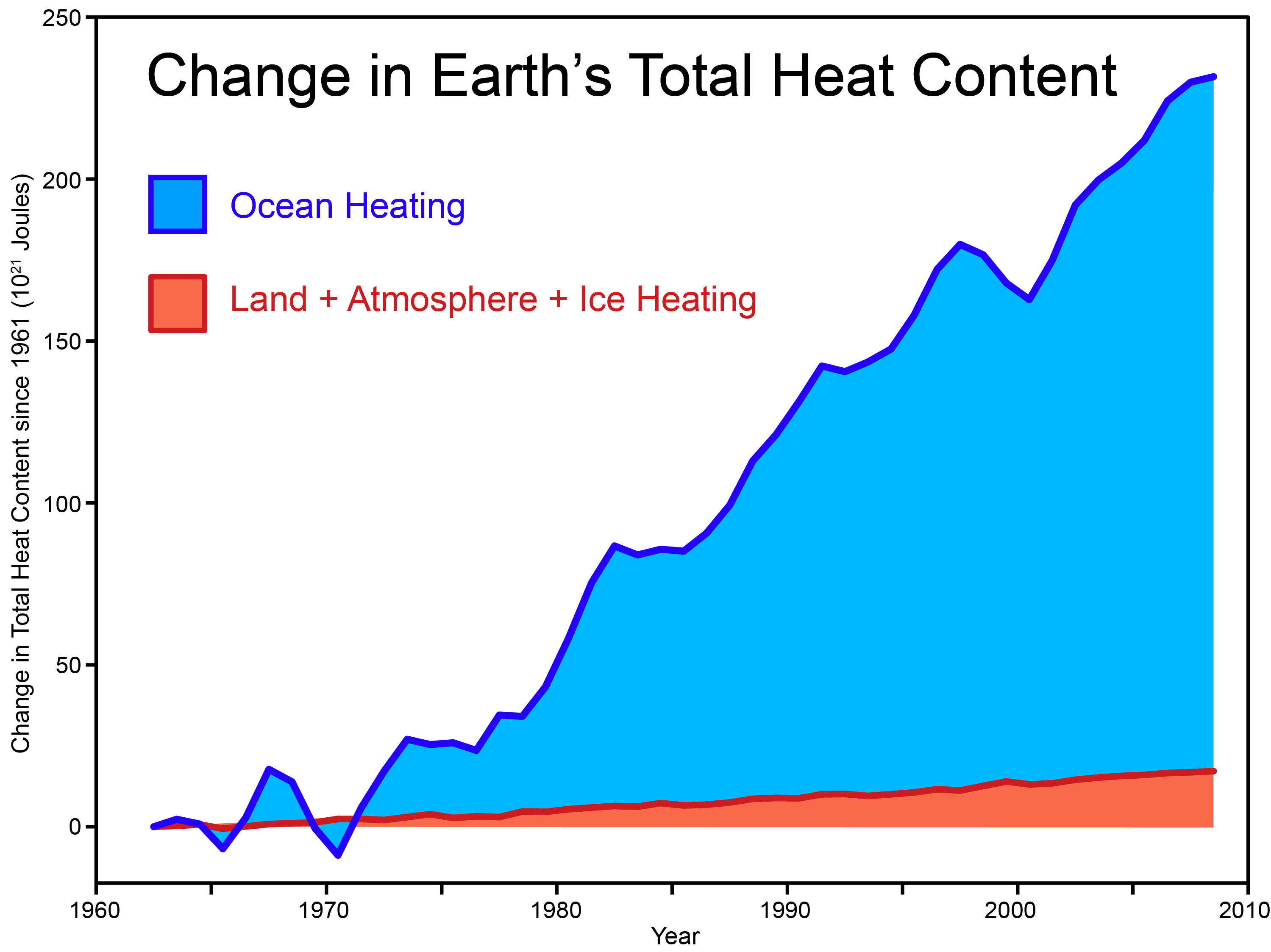 a) Yes, global warming could be just a statistical fluctuation. But the consensus to date of climate scientists is that there's a 90% probability that more than half of the recent warming is due to human activity.

b) The graph compares the amount of CO2 in the atmosphere with global surface temperatures. Given the complexity of the climate system -- and in particular the exchange of energy throughout the troposphere and hydrosphere -- there's no reason to assume surface temperatures would closely track CO2 concentration.

Not the answer you're looking for? Browse other questions tagged climate climate-change climate-models or ask your own question.