Why are weather kites no longer used (much) operationally?

Figure 1.12 from the IPCC AR5 WG1 report (reproduced below) illustrates the different instruments that have been used for weather forecasting.

Most of the methods have been in continuous use since their inception, except one: kites were used, but later disbanded.

Why is this so? This Monash university article from 1999 makes the point that they are superseded by radiosondes and aircraft. However, atmospheric measurements on aircraft are very expensive and mainly used for research as opposed to operational weather forecasting; and, unlike weather kites, they do not (normally) fly in the boundary layer¹. Radiosondes are only launched once or twice per 24 hours per location. Passive (operational) space-borne measurements have a lower vertical resolution, in particular near the boundary layer. I imagine that kites should provide a low-cost, high-resolution (both temporally and vertically) profile of the boundary layer. Why is it they are not really used operationally anymore? 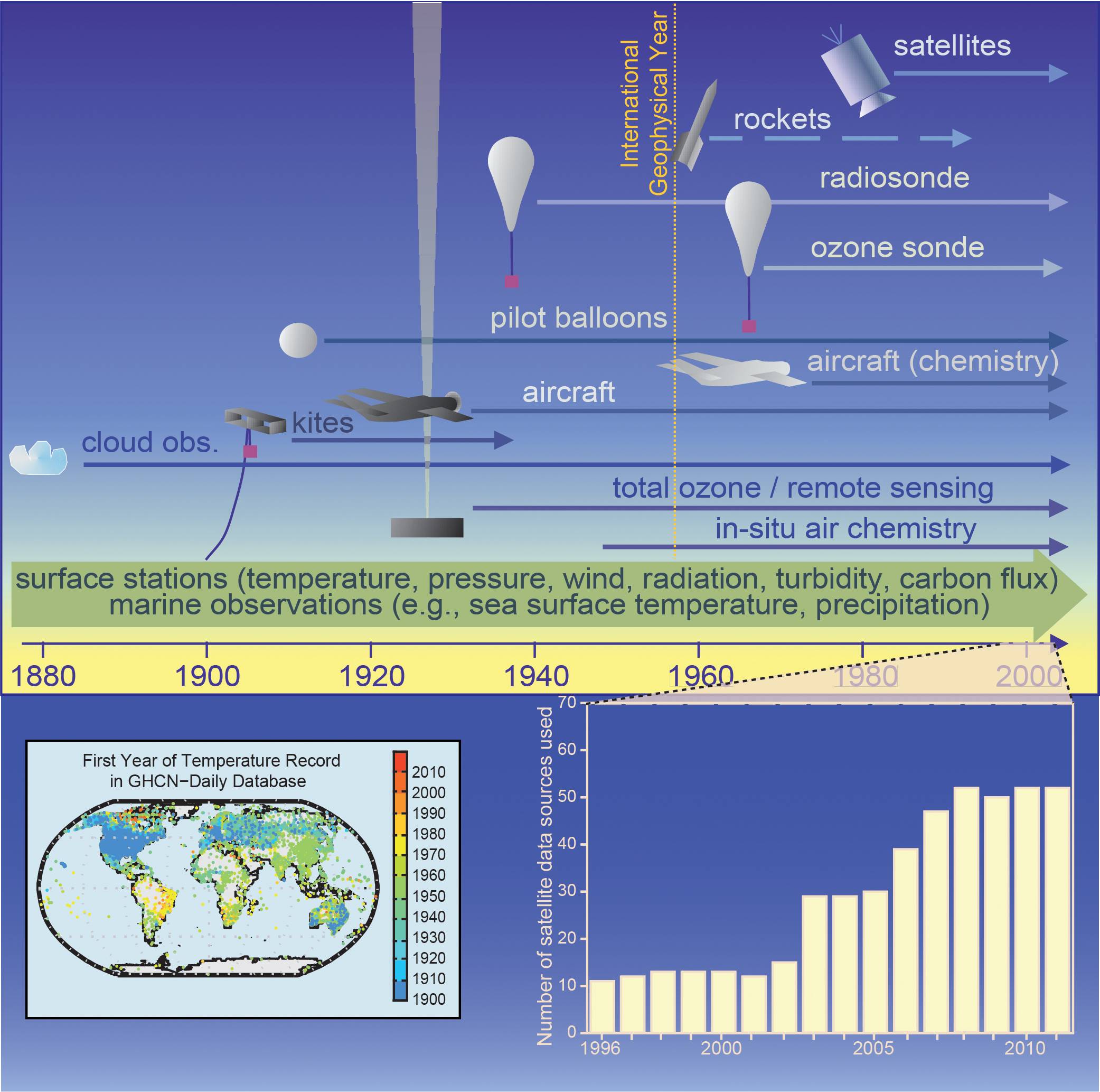 ¹Research aircraft sometimes do. Flying in a full-sized jet 20 metre above the ocean surface is an interesting experience!

Most data we collect about weather is done regularly and for all altitudes of the troposphere. Kites, though, are at the mercy of the weather and do not fly high enough. So when there is ice or snow or other meteorological conditions that don't allow a kite to fly, you get no data. We now use methods to measure the weather that don't break in bad weather. The answer to your question is succinctly put in this NOAA webpage where they state these difficulties with kites:

In the 1940s, weather balloons were being released and could gather an entire profile of data in all weather conditions. This is far superior to a kite. That being said, some people do still use kites: High-Flying Science, with Strings Attached.

3
Why do tethered aerostats have lower persistence than stratospheric balloons?

10
What methods exist for remote profiling of oceanic columns?
12
Why does every tsunami travel differently?
14
Why don't cold fronts and other steep-gradient weather effects just dissipate?
4
How are jet streaks formed?
8
What determines the differences in results between various weather models?
6
Why is Sacramento so warm for its latitude?
12
From where do weather radar maps get their data?
10
How are data from tiltmeters used to monitor volcanic activity?
7
What mechanism is used to measure ocean currents from cables?
11
How much does COVID-19 affect weather forecasts?