Why does wind blow offshore in the morning?

I live in San Diego, CA, and surfers capitalize on dawn hours because the offshore (seaward) winds help "hold up" the waves, i.e. prevent them from crashing before the surfer gets to ride it a while.

I'm only a beginner, but when I went to Korea, I met surfers from Santa Cruz, CA and Tianjin, China, who said it's the same everywhere.

Formation of the Breeze

Here is a nice Figure from Wikimedia Commons describing the sea breeze (A, evening/afternoon) and the land breeze (B, morning). The Figure was provided by Jesús Gómez Fernández. 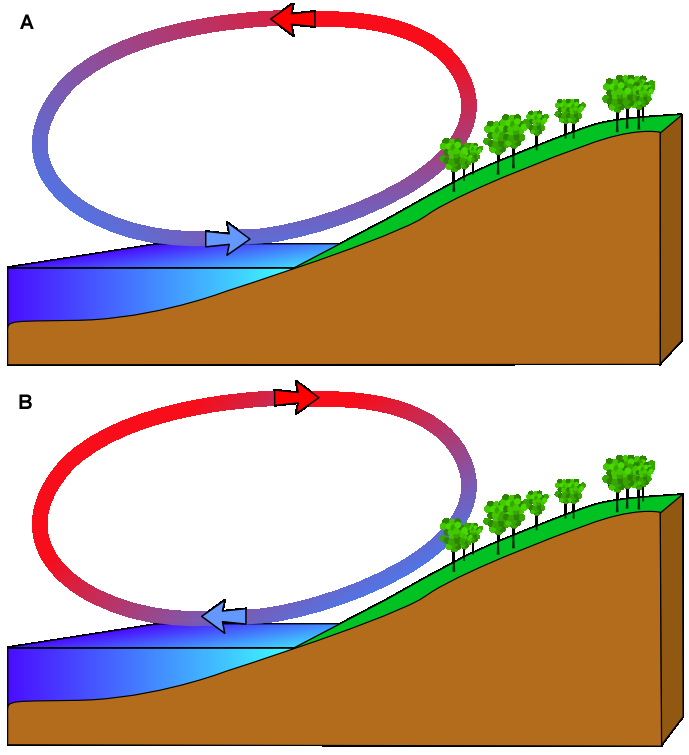 This example works only if the room temperature in the bathroom outside the shower is not too warm/hot.

20
Where does wind come from?
8
Why does the wind periodically change direction?
6
Does "wind" include the air molecules involved, or merely the kinetic energy?
1
How does vertical wind change over time?
1
Converting Wind Movement to Wind Speed