Why is the Atlantic Hurricane Season defined as being between June 1 and November 30?

Historically, the Atlantic Hurricane Season has shifted, as close as June 15 to October 31, but since 1965, it has been between June 1 and November 30(1).

Why is the Atlantic Hurricane Season defined as being between June 1 and November 30? I know most hurricanes happen within this timeframe, but it seems, to the civilian eye, to be the strongest during August and September.

The hurricane season is set by the National Hurricane Center. They use statistics to determine the dates. Specifically:

The Atlantic hurricane season is officially from 1 June to 30 November. There is nothing magical in these dates, and hurricanes have occurred outside of these six months, but these dates were selected to encompass over 97% of tropical activity. June 1st has been the traditional start of the Atlantic hurricane season for decades. However, the end date has been slowly shifted outward, from October 31st to November 15th until its current date of November 30th

Hurricanes form over tropical waters (between 8 and 20 degrees latitude) in areas of high humidity, light winds, and warm sea surface temperatures [typically 26.5 degrees Celsius (80 Fahrenheit) or greater]. These conditions usually prevail in the summer and early fall months of the tropical North Atlantic and North Pacific Oceans, and for this reason, hurricane “season” in the northern hemisphere runs from June through November. 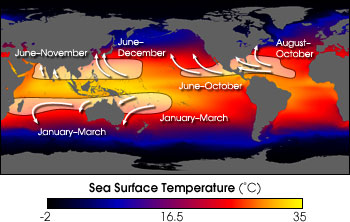 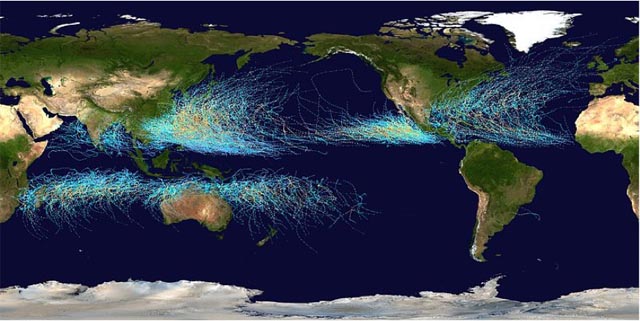 CAPTION: Mosaic of all tropical storms that formed in the world between 1985 and 2005. As can be seen the majority occur in the Pacific Basin.

As for the stronger storms, the logical answer is that the frequency of storms during a given period is directly related to the likelihood that the storm will have more energy. 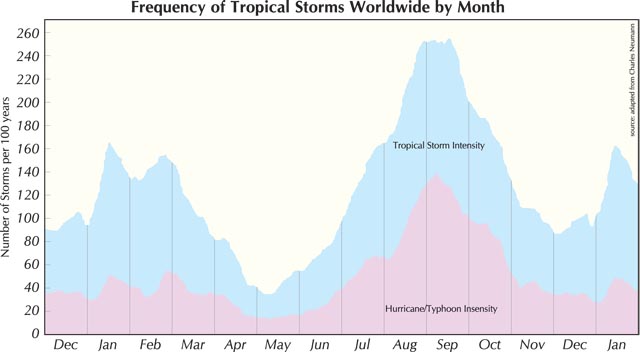 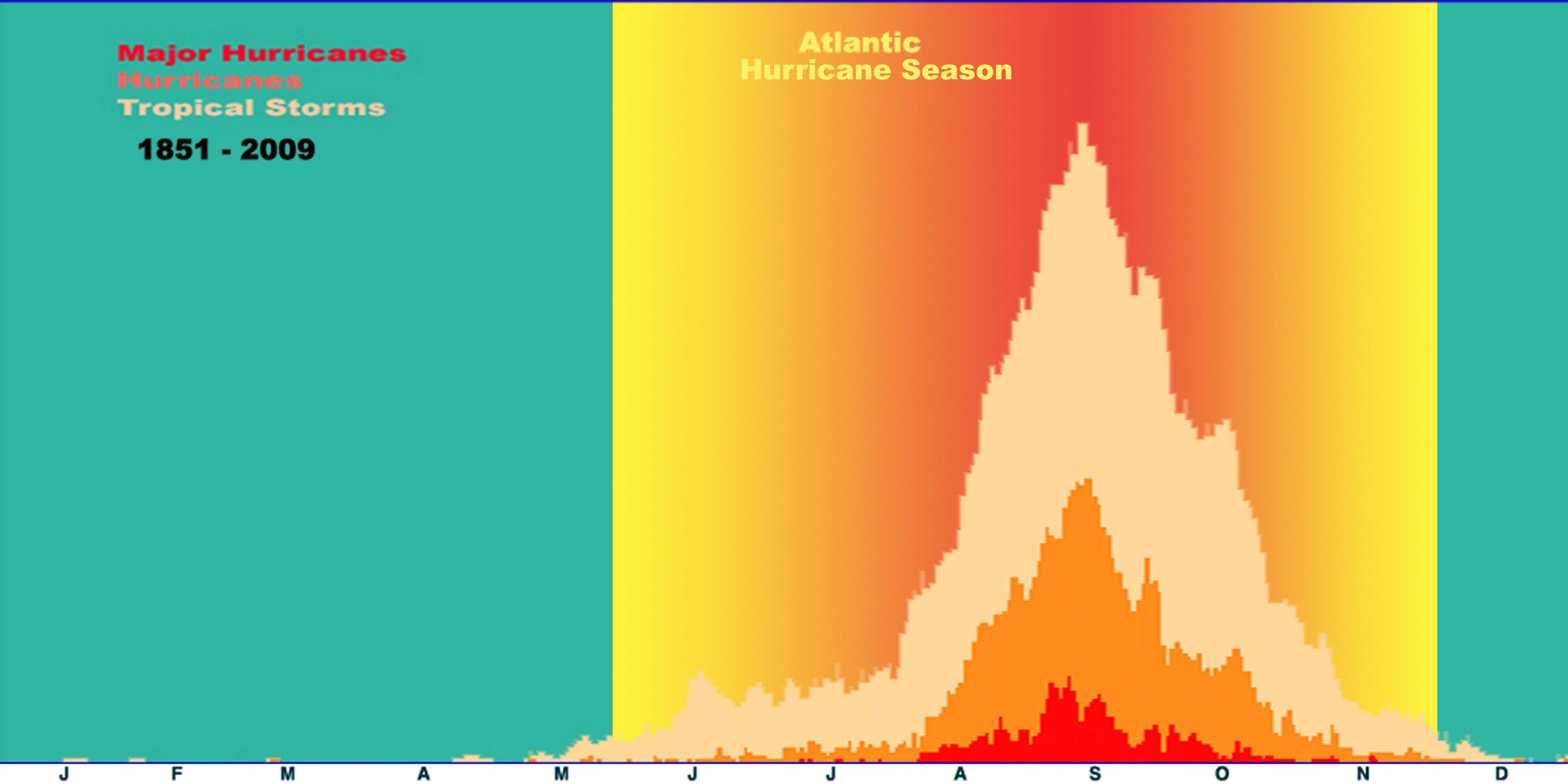 CAPTION: Frequency graph of Atlantic hurricanes and tropical storms by month with peak in September and 97% between of all activity taking place between June 1 to November 30.

Is the hurricane season getting longer per year? 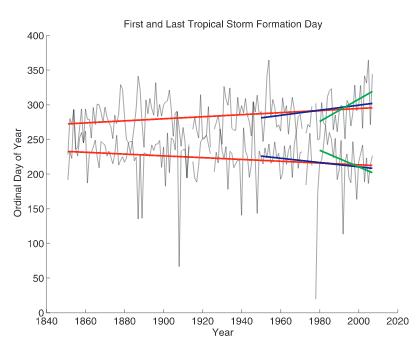 12
How is it possible that a Hurricane such as Alex forms in the Atlantic in winter?
3
What will happen if the Greek letter names were exhausted for naming tropical storms?

8
What is the difference between a "flood" and a "flash flood"?
16
Is the poleward migration of the maximum intensity of cyclones a result of tropical expansion or are there some other contributing factors?
6
Can strong winds significantly lower ocean surface levels, or is it really the static pressure differences?
4
How did a tropical storm starting with "D" end up next to a typhoon starting with "T"?
5
Are there any other sites that allow users to search for historic hurricanes within a given area?
10
Has a hurricane or cyclone ever reformed after passing over a large land mass?
4
Does storm seasonality vary with latitude?