What processes created these apparent topographical anomalies in North California?

In the attached topographical map, you can see some strong topographic features in Northern California — elongated foothills below Mt. Tamalpais. You can also see, circled, some apparent anomalies. What could account for them? 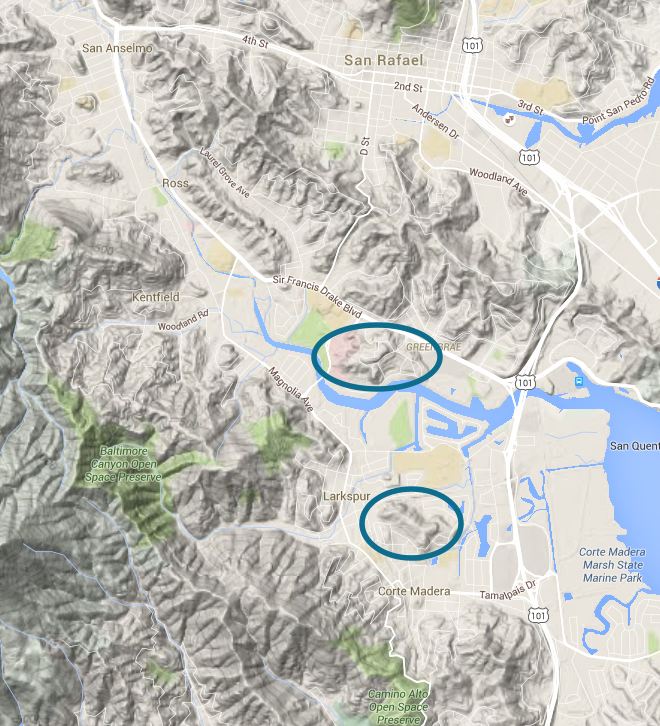 Well.....obviously: all surface features on our globe are caused, at base, by tectonics (uplift or subsidence) and erosion (knocking down or burying). To simplify: shifting plates cause mountains to build and basin to form and water falling from the sky erodes the rock and fills valleys with sand and gravel.

That, however, won't explain why a specific mountain will be shaped like a dog biscuit, or why a certain lake will look like a guitar. These are very specific results of erosion and, as such, are controlled largely by the internal fabric of the eroded body.

Water, as we all know, is the most important erosive force on earth and we also know that water will always seek the easiest path to the sea; it's a constant, stream of fine sandpaper always first eroding the softest, weakest spots of anything it touches. This would include the following:

In the area highlighted by the OP, there is an abundance of these weaknesses for water's erosive power to exploit. That these weaknesses occur rather randomly in this area means that there is no specific orientation to drainages and mountain ridges. And this all makes sense given the context of the geologic history of the region.

This area is home to the Fransiscan Assemblage of rocks. These mangled, misshapen, motley group of metamorphosed sedimentary rocks were once part of the accretionary wedge that built up at the bottom of a subduction zone. Tectonic forces bent, folded, cooked, smeared, and finally lifted these rocks, exposing their inherent weaknesses to the erosive power of water. The relatively random nature of these weaknesses results in a pretty random-looking erosional pattern.

Below are a few examples from the SW U.S. of what erosion does to uplifted units that contain regular and ordered weaknesses: 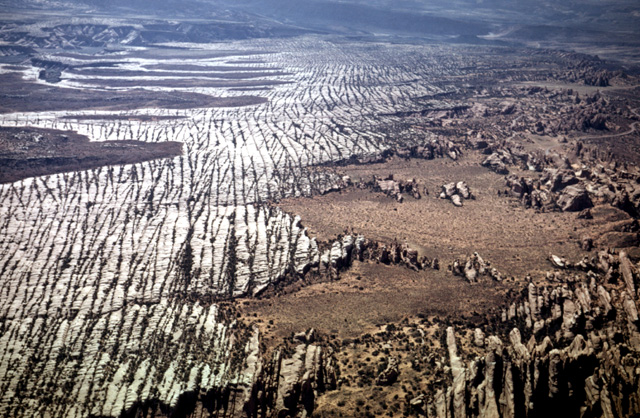 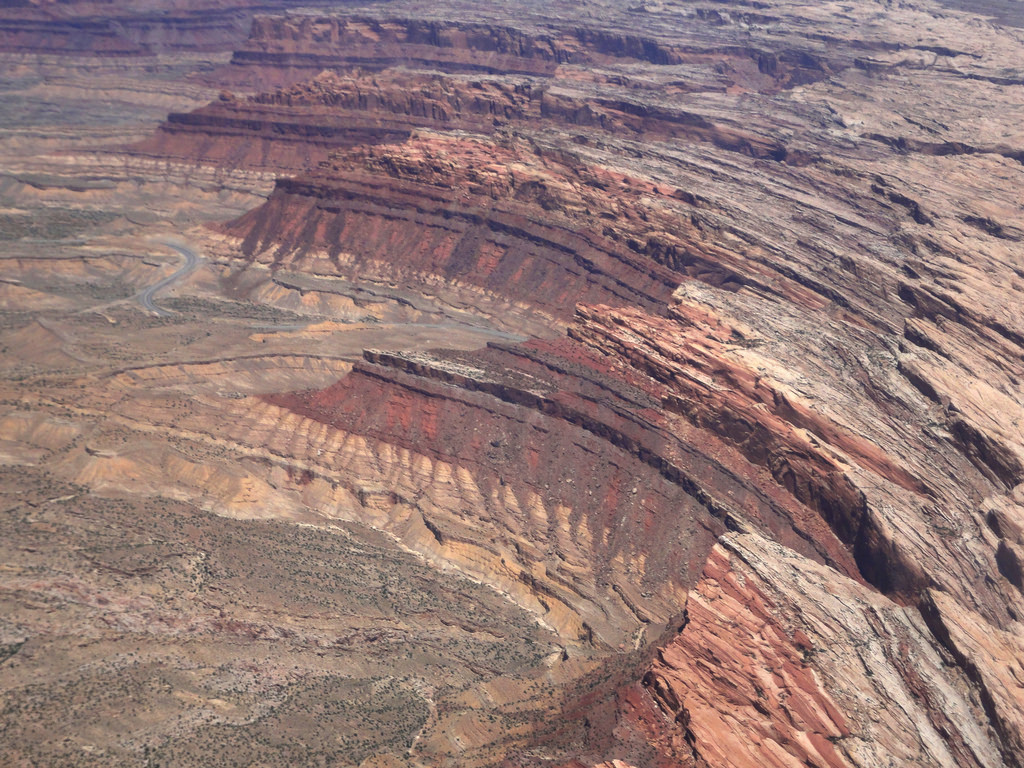 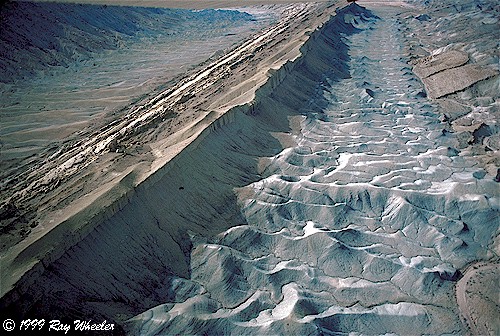 The hill to the south in your map is called Palm Hill, probably because of its somewhat resemblance to a palm frond. It is an erosion-resistant hill or knoll that protrudes above the surrounding alluvial plain. As @KnobScratcher points out, the feature is the result of erosion in that it created the alluvial plain that surrounds the knoll. Erosion also sculpted the small gullies that make the structure resemble a palm frond. Without the alluvial plain to fill in the valleys surrounding the knoll, and thus make the hilltop stand out, I doubt it would be very noteworthy.

Most likely the structure to the north is of the same origin.

There is a Larkspur, CA planning document that gives blurb about Palm Hill. It is on page seven of this document.

15
What are these lake-like blue patches in the desert, visible in satellite image?
16
What processes produced the basalt columns of the Giant's Causeway?
4
Topographic Maps
9
Is there a special name for along-course elevation profiles of rivers, and where you can you find them?
12
What causes these mound-like ground formations?
2
Complete missing outcrop problem
9
Why does this shoreline change this way?