Why are lenticular clouds circular?

I recently visited Japan, where I observed a lenticular cloud above Mount Fuji: 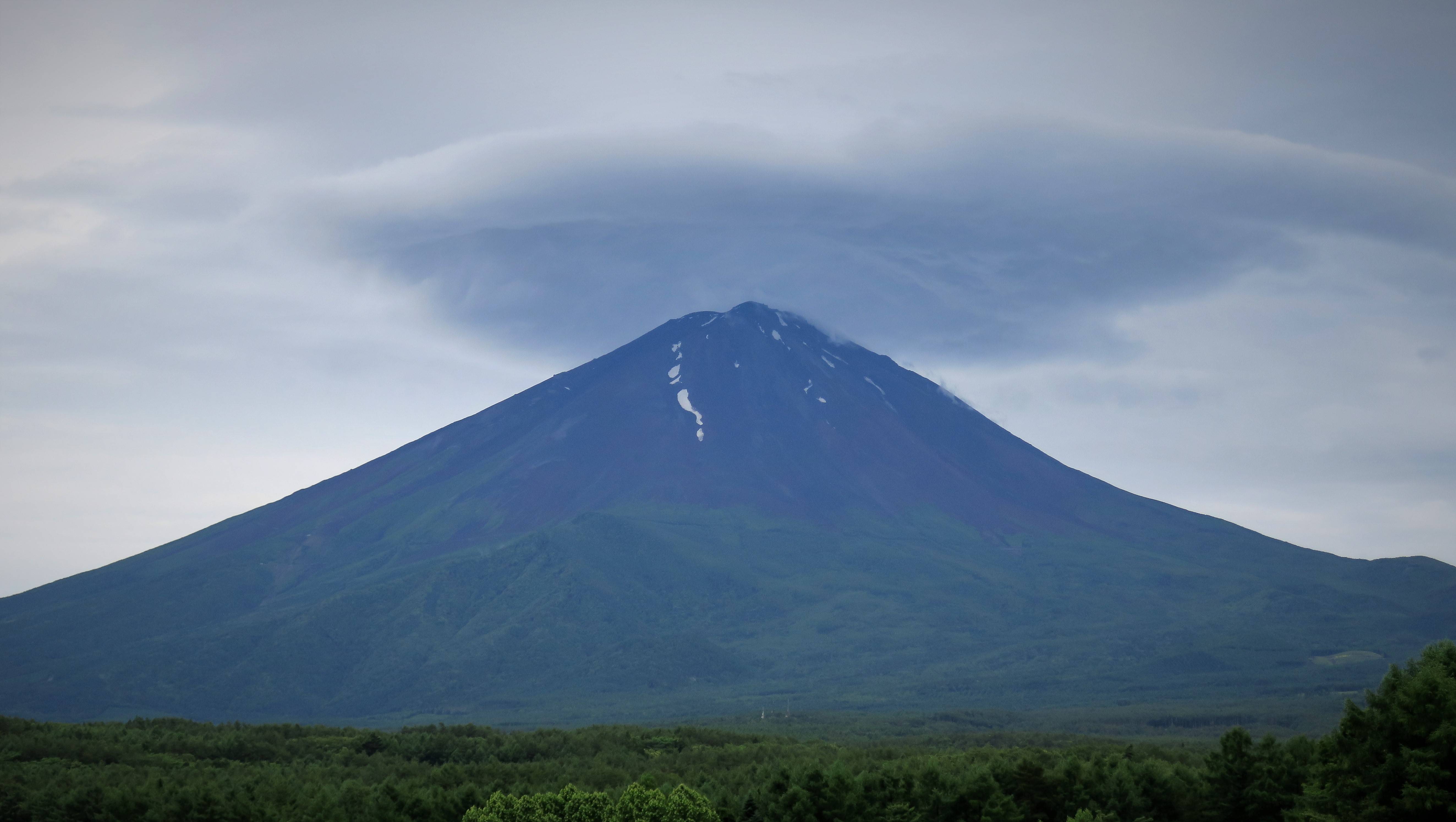 Curious by the cloud, I looked it up and found it it's a lenticular cloud, that forms because of rising moist air coming into contact with cooler air. However, why is it circular? If I would look at it from above would it still be circular? Since air moves in a certain direction, I would expect the cloud to be laminar and elongate towards one direction rather than circular.

What makes it circular?

Lenticular clouds don't form because "rising air comes in contact with cooler air" but rather from moist air cooling to its dew point as it is forced to rise over the terrain. Unlike most clouds that move with the wind, clouds like these are "anchored" to the terrain and the air moves through them. If you observe them closely you can see new cloud forming as air flows upward and into the cloud on the windward side of the slope and evaporating as it exits descending on the lee side.

As air rises, pressure decreases and the air expands (volume increases). This results in a temperature decrease in the parcel. When the rising air cools to its dew point the cloud will form. In this case air is only rising because it is forced over the mountain. Once past the peak, the air descends the lee slope and is compressed and warmed. Once it warms up and relative humidity is below 100% the cloud evaporates. If the streamlines parallel the contours of the peak, this results in a roughly circular region where the air is suitable for the cloud to form.

If the terrain was a long ridge instead of an isolated peak, the lenticular cloud will elongated as a line over the ridge tops.

You generally won't see the cloud elongated downwind, as the air is forced down the lee slope. What you might instead see are clouds at regular intervals downstream of the mountain if the mountain (and atmospheric stability) has caused a standing wave to form. In this case you might see clouds in the peaks of the wave depending the humidity of the air and the amplitude of the wave.

7
What is this spaceship-shaped cloud?

9
Weight vs. Mass of Clouds
8
How are 'Morning Glory' clouds maintained?
9
What type of clouds are these?
17
Why are clouds darker before it rains?
8
Are these clouds exhibiting gravity waves?
3
Are there measurements or calculations that suggest atmospheric ice plates would be horizontal to within 0.1 degrees?
3
Are there "transparent" clouds?
4
Why are clouds outlining the southeastern United States?