I have a question I've always been curious about regarding the topic.

As I understand it, the desalination process is that they take the salt water, create usable water from it and then salt sludge is pumped back out into the ocean. When I've read about it an issue from this seems to be that the waste is bad to the ecosystem they pump it back into plus that extra salt can't be that good for the ocean as a whole and its inhabitants. I understand that one plant might not be that much of an impact on the ocean as a whole but if it became more standard and over 50yrs+, especially with the changing climate and droughts maybe it would and there are greater ecological issues.

My question is: Why can't they just pump the salt water into a designated area in the desert?

I live in California and we have plenty of desert and every time I head out toward Las Vegas or travel up north I think about this.

Why couldn't some chunk of land be allocated where raw salt water can be pumped into and then let it evaporate? Wouldn't that just generate more rain which, at least in the winter, create more snow pack in the mountains and help create drinking water more naturally? The salt and stuff left behind could just stay there and become a salt flat. At a minimum couldn't they process the water and then pump the sludge into the desert (the remaining water would still evaporate) and it seems to me that would be a better solution than putting it back into the ocean for it to have more salt.

If it could be done on a reasonable scale, maybe some land that was once unusable could be terraformed to forest which would help with the climate, pull carbon out of the air, and on a 5 or 10 year cycle the trees can be cut down made into mulch and then new ones planted... Not the salt water or land where the salt is left but additional land allocation for this (we do have a LOT of desert) and I know sand would need to be cultivated but we also have a lot of cows and organic material we can use to help convert the sand into more usable soil.

Running some pipes from a coast inland while posing some logistical challenge doesn't seem unreasonable to me. Better than oil pipelines...

Thanks for the responses

Your first question, regarding salt pollution requires a back-of-an-envelope calculation. At present, about 4% of the global population relies, either wholly or in part, on desalinated water. Because this is energy intensive, it is also expensive, so such water users are parsimonious, using about 1% of the global domestic water supply. But let us, for the sake of argument, assume that the desalinated option really takes off at some time in the future, perhaps by means of less energy intensive 'forward osmosis'. We will assume that 10% of the current population (7.4 billion people) may eventually use desalinated water, yielding a daily delivery of bitterns with 2.45 x 10^^9 tonnes of salt. Compare this to the 1,5 x 10^^17 tonnes of salt already in the ocean - the salt return would be 0.0000016% of what is already in the sea. Moreover, even this trivial amount would be diluted by the hydrological cycle, because the water that is drunk, used for washing, etc, ultimately returns to the sea.

But you ask whether the local concentrated saline return would be harmful to the environment? Consider Adelaide, in South Australia, which boasts the largest desalination plant in the southern hemisphere. Very detailed studies, by both computer modelling and direct observation, show that the dispersion of the saline plume reaches concentrations undetectable against the background salinity, within a few hundred metres of the outflow. It certainly hasn't impacted the local marine ecology at all - and the South Australians are very particular about environmental issues!

Again, consider the greatest concentration of desalination plants in the world, in the Arabian Gulf. This shallow-water (<50 metres) Gulf has high natural rates of evaporation, which raises the salinity from the normal 3.6% to about 4.1%. This change is orders of magnitude more than can be attributed to the salinity change from all the desalination plants combined. The ecology and biodiversity of the Gulf is still rich, and not at all affected by local bitterns effluent. Climate change will intensify evaporation, which is much more of a worry than 'desal' plants.

As to your second question about changing the climate and increasing rainfall by pumping bitterns into the desert, there is a massive problem with that. As the salinity increases by evaporation, the vapour pressure at the lake surface decreases, which suppresses further evaporation. Since we would be dealing with hyper-saline brines to start with, we would rapidly approach an equilibrium in which the massively decreased evaporation would equal the natural deliquescence of the salt. In fact, evaporation would win, but only slightly. The loss of moisture to the atmosphere would be barely noticeable, and not sufficient to terra-form the down-wind area.

I suggest that the impacts of global warming will massively eclipse any trivial changes brought about by evaporation basins. If you don't believe me, I suggest you get some hydrologic and geochemical textbooks, and do some mass-balance calculations of your own.

Currently estimates show desalination plants there are 22,000 plants worldwide which produce about 142 million cubic meters (37+ Billion gallons) of fresh water per day. That has negligible impact on weather.

The biggest detriment to desalination is ENERGY USE. Because Pumping water into the great Basin, The Great Basin and deserts of California are anywhere from 4000-6000 FEET above Sea level. 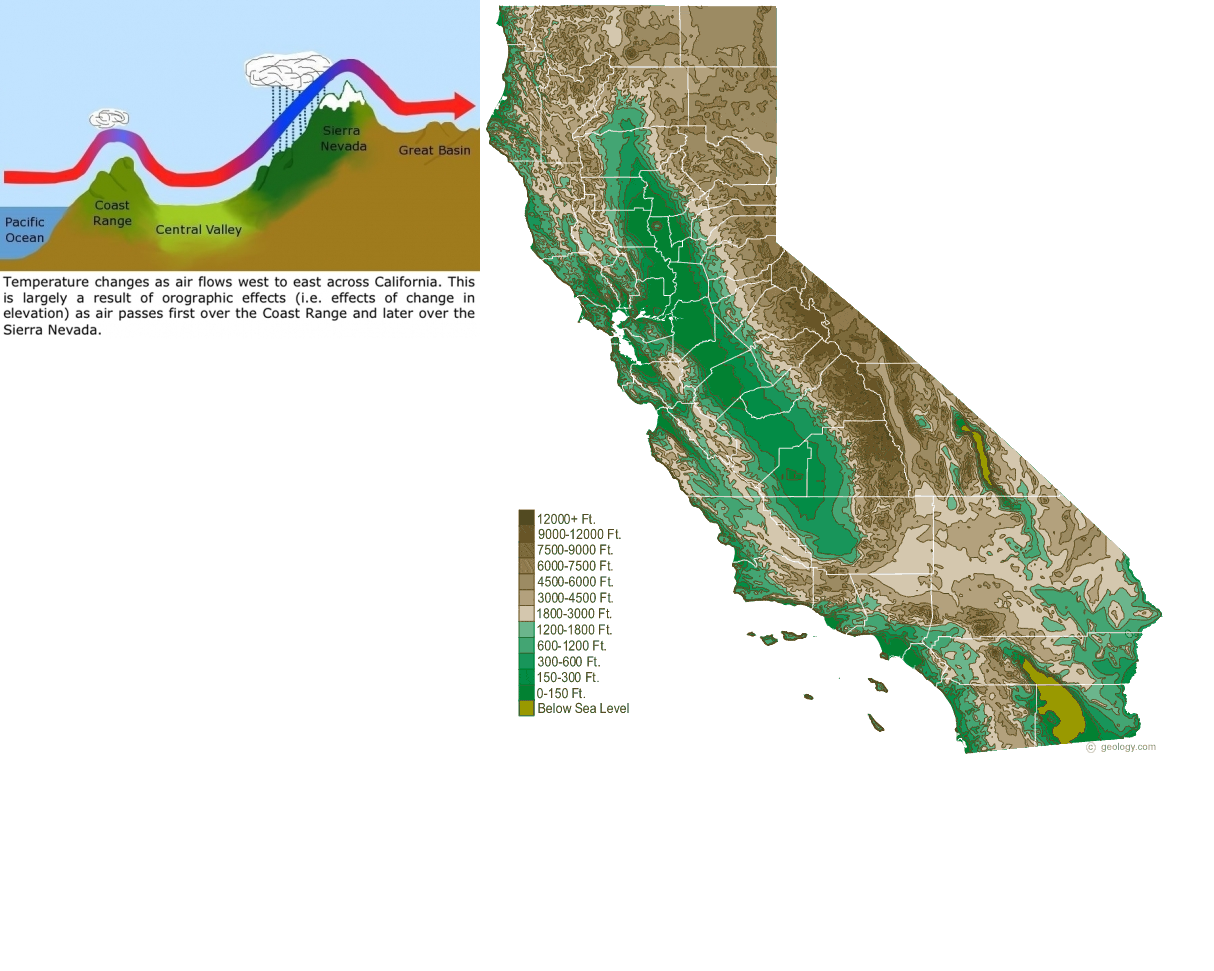 A typical water pump's wattage can vary between 250 watts to 1,100 watts. University of California Agriculture and natural resources dept; it takes an average (depending on pump efficiency) about two kilowatt-hours to pump an Acre-foot of water (325,851 gallons) one foot in elevation. But a Kilowatt hours worth of electricity in California costs 18 cents average. Sounds efficient? But that's 18,102 gallons per cent, NOW add elevation the "Great Basin" is over 6000 feet above sea level. NOW it takes six Megawatt-hours or 1,080 dollars worth of electricity to pump one Acre foot. The Carlsbad desalination plant in San diego county produces 150 Acre feet of water per day. Or 300 dollars per acre foot. California farmers pay an average of $70 per acre-foot to irrigate. It makes NO sense financially. California uses 38 Billion gallons of water per day....... Pumping sea water UP hill to accommodate weather modification would be so ridiculously expensive.

Not the answer you're looking for? Browse other questions tagged meteorology ocean desert or ask your own question.

19
What fraction of dry land is below sea level?
8
Do "water-worlds" not have plate tectonics?
20
What would be the effect of bringing seawater pipes to the Sahara desert?
6
Ocean level rising, or the floor getting higher?
2
Deep sea pumps that work on wind power, can they control the weather?
10
Has a hurricane or cyclone ever reformed after passing over a large land mass?
6
Could saltwater be useful for greening deserts and sequestering CO2?
3
At what theoretical depth of sand would pressure turn the sand into rock?