Why would the arctic have very short spring and autumn?

that in the arctic, (and no doubt the antarctic - the pole regions), "Spring and autumn last just a few weeks each"

I understand that in the summer the earth is tilted such that the hemisphere where it is summer is tilted towards the sun so is at less of an angle from the sun. So hence in summer it's warmer and days are longer. I understand that.

But I don't understand why spring and autumn should be shorter for countries near the poles. 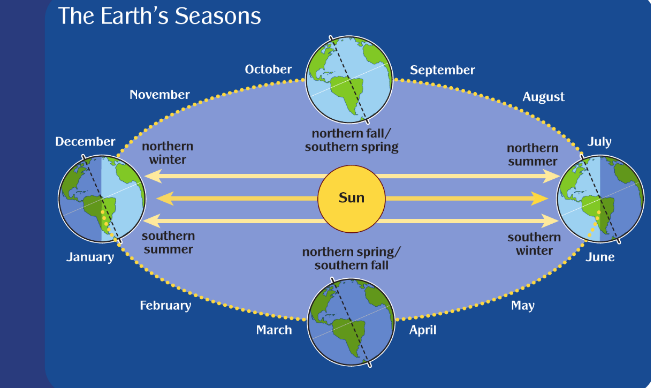 I have heard that with rainforests they define seasons by rainfall, rather than earth's position in relation to the sun. I don't know if poles are anything like that in that they somehow define seasons differently?

Browse other questions tagged seasons or ask your own question.

8
What would the equilibrium temperature be at the poles in a world without seasonality?
20
Why doesn't the sun reach its highest point overhead at exactly 12:00 noon?
7
Why does winter get colder after the solstice?
5
Have the seasons always been?
6
Do Siberia and Canada have a rasputitsa?
2
What would happen to the Earth if there were no seasons?
4
Why isn't the side of the earth facing the sun completely illuminated by sunlight from the north to the south pole every day of the year?