Why is the density of Earth higher at the core

answers the question as posed in the title. Matter deep in the Earth has the weight of all the matter above pressing it down. This post explains how high that pressure can get.

Although it is true that gravity is zero at a single point at the very center of the Earth, where gravitational vectors completely cancel each other out, it is never negative. Nothing is pulling matter away from the center. There can be no void. Premise 1 in the body of the question is simply wrong.

Furthermore, everywhere away from that single point, there is a little bit of gravity left over from the vector sum. The direction of that result vector is always towards the center (given some allowance for the Earth's equatorial bulge).

The micro- (and even zero-) gravity at the center of the earth is more than made up for by the pressure of the entire Earth holding it in place, trying to squeeze it down to a point.

This was true even when the Earth was molten, so the heavier elements tended to sink down to the center. This other post has a thorough explanation as to why.

Now that the Earth has cooled somewhat, pressure deep in the Earth increases local density by forcing liquids (e.g. the liquid outer core) into a solid state (the solid inner core), and then as the pressure increases, solids shift into new, more tightly packed crystal structures.

Gravity is a weird force.

All mass has, and is affected by, gravity. That means you, me, your cat, black holes, the sun and the earth.

The shape that these bits form is a sphere - because every bit is as close as it can get to all the other bits.

Now you are right - an earth which is matter all the way through would attract in the same way as one which had all the mass concentrated around the edge. But we know that the centre isn't hollow for two reasons: 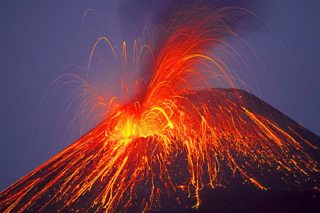 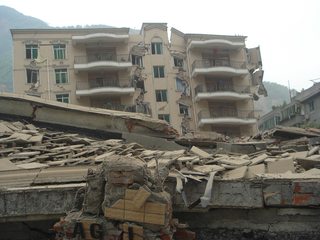 Why is the density of Earth higher at the core?

The denser stuff sinks. This is how it works everywhere that gravity applies. We can explain why. 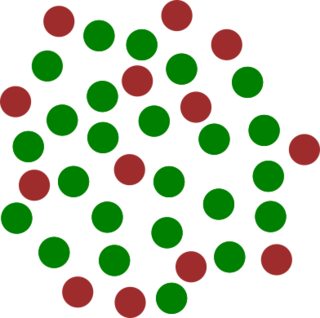 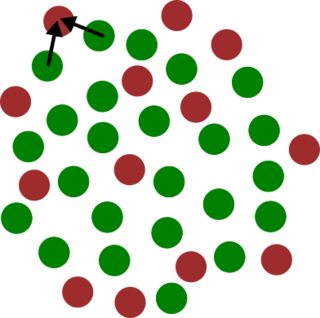 But the ones over the other side, are also attracted to that dense object, so this happens: 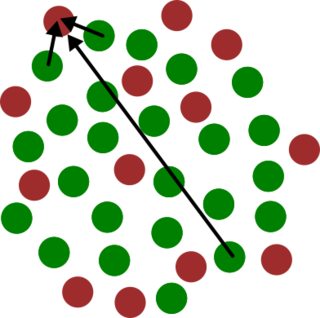 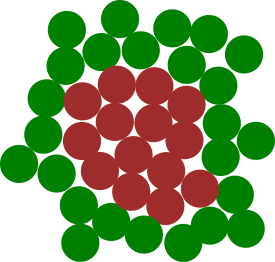 Maybe there is some confusion between weight and density / specific gravity. The weight = mass x acceleration. True, the gravitational attraction is zero at the centre of the earth, but everywhere else there is some gravity acting on a huge density contrast. Also there is the question of incompatibility between siderophile and lithophile elements. During the initial hot phase of planetary formation it wouldn't have taken much gravity to differentiate the two liquid phases. That said, it is possible that some residual non Fe-Ni lighter elements could be lurking within the core - sulphur and hydrogen (as metal hydrides) have been widely cited as possibilities. The main evidence being that the true density, as determined by geophysics, is slightly less than it should be if it it was just nickel-iron (+ a few heavier elements).

14
What is the pressure at the center of the Earth?
0
How was the Earth's core made?

11
Why does Earth's outer-core rotate in the opposite direction to the inner-core?
36
Why is Earth's inner core solid?
31
Why is Earth's outer-core liquid?
12
Why does seismic activity shed light on the inner core rigidity?
9
Why is the lithostatic pressure gradient 1 psi/ft? How is it derived from density?
13
How is known that the Earth core is solid?
6
How much does the electric current within the Earth' core depend on the axis of the Earth's orbit?
14
Why is the temperature between the earth core and surface not distributed linearly?
6
Why doesn't the Earth's outer core dissolve into the mantle?