How old are Pecten fossils in general?

Many years ago, I found a piece of rock on a lakeside in Switzerland (see picture below). I think that it could be a "fossil" from some Pecten species (do you agree?).

I have no idea, that's why I just would be interested to have your opinion on this topic. I don't know if it is frequent or rather uncommon to find such "fossils".

Thank you for your help! 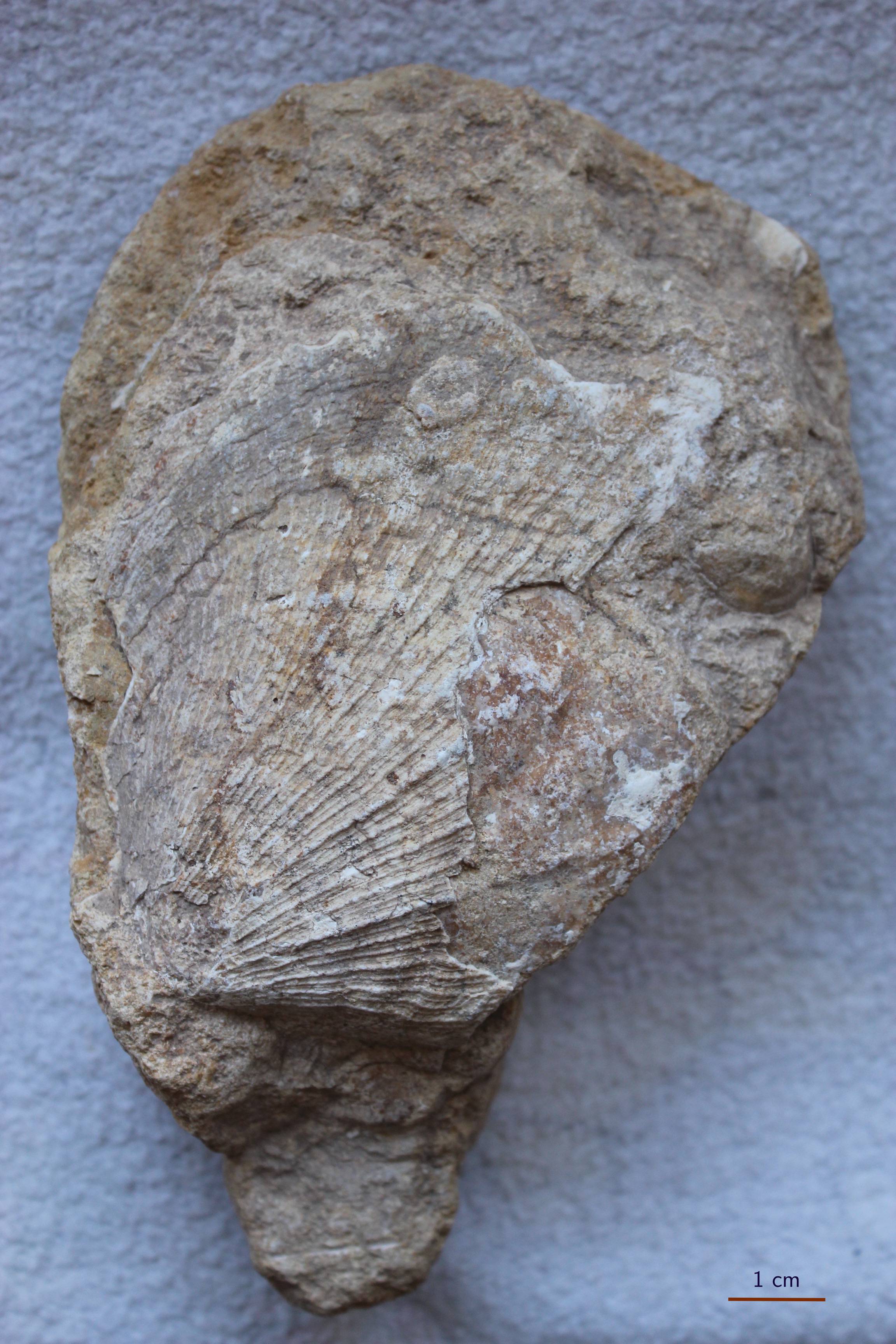 Pectens seem to have evolved from Chlamys in the late Eocene or early Oligocene. The coarseness and rib spacing of Vertipectens has been slowly evolving since the early and Mid-Miocene, so they have been around for at least 16 million years, maybe up to 20 million years. If you want to be precise you will need to read-up on the fine detail. Pectens are a classic case of 'ontogeny recapitulating phylogeny', and their identification is complicated by parallel and convergent evolution of different species. As fossils, they are quite common, and probably more useful as indicators of the palaeo-environment, than as age indicators. Where you find such fossils you will very likely find associated micro-fossils in the same rock, which are more diagnostic of age.

Not the answer you're looking for? Browse other questions tagged fossils paleontology or ask your own question.

11
What periods of the fossil record are most lacking in specimens?
9
How do scientists determine the absolute or 'chronometric' date of fossils?
11
How can I learn to spot fossils and fossil-bearing rocks on the Jurassic coast?
8
What are Ordovican trace fossils, and what do they look like?
12
Why are many fossils found in deserts?
3
Is there any significance of lacustrine gastropoda fossils regarding paleoenviroment interpretation?
2
Can hippopotamus fossils be found all along the Nile?
2
Is there a massive drop in quality of Cretaceous vs. Triassic dinosaur fossils?
0
What are some effective approaches to enhancing fossils in amateur found rocks?