Are there minerals which are not been found on earth but which are still possible to exist?

On Earth we find many kind of minerals, a lot of them are silicates. How much different kind of minerals would there be on Earth? But are there Fe minerals found in meteorites which do no occur on Earth.

To answer the first part, there are many minerals on earth which do not involve silicate bonded structures. For instance, non-silicates (minerals of carbonates, sulfides, sulfates, phosphates, and oxides are common non-silicate varieties). For a detailed list of mineral species, you should check out the Dana Classification here: Minerals Arranged by the New Dana Classification.

There are indeed Fe minerals which have no occurrence on Earth, outside originating from meteorite impacts. These minerals are various lattice polymorphs of Fe wit Ni. Kamacite and Taenite are examples of minerals which are found exclusively in meteorites, often distinguished by a Widmanstätten pattern.

The question as to how many possible mineral-producing elemental combinations are possible outside the bounds of our own planet, is outside my personal knowledge in a numerical sense, but the current known naturally occurring mineral species recognized by the IMA numbers around 5,141 valid species: The official IMA-CNMNC List of Mineral Names.

I may be outside the bounds of certain knowledge here, but restrictions on extraterrestrial mineral formation are likely akin to those on Earth: temperature, pressure, time, fluid composition (be it magma, or some aqueous solution), gravity, and atmospheric composition, just to name a few. Some minerals may be unable to exist on our planet because the formational/stability conditions of Earth do not offer much permanence. These prohibiting conditions could well be absent on certain other planets/stellar bodies.

To put things in perspective, as Tachylite says, there are about 5150 known natural mineral species on Earth. Despite more mineralogists and better analytical equipment than ever before, the discovery of new minerals has dropped to a mere trickle. In some years there are no new mineral discoveries, although four new minerals were discovered both last year and this year (2015-16). In many cases a review of old museum specimens reveals misdiagnosis of old minerals and discovery of new minerals. It is estimated, by extrapolation of known chemistries and paragenetic conditions, that there are at least 145 new carbon minerals waiting to be discovered on the Earth's surface. It is also known that there are ultra-cold organic minerals on at least Pluto, Titan, Europa, and probably billions of comets and other Kuiper-belt objects. Who knows what organic minerals are out there?

The full catalogue of Earth's surface or near surface minerals will never be known, but may converge on about 6000. This number also depends upon how you define a mineral, and how many minerals you count in a solid-solution series. The total number of minerals is probably vastly more than 6000. Three minerals thought to have been unique to the moon have since been found on Earth - but we have only explored a minute fraction of the moon's surface. In addition, we can guess, but don't know for sure, what extreme pressure-temperature mineral assemblage occurs in the Earth's lower mantle and solid core - probably many more than our simplistic models tend to assume.

The solar system only gives us one basic starting mix of elements. But, especially towards the core of the galaxy, there will be countless stellar systems which have undergone many more cycles of stellar nucleosynthesis, resulting in a radically different mix of starting elements. These evolving stellar systems will span a range of temperature-pressure conditions which far exceeds that of Earth, so it is reasonable to assume that there will be a huge range of minerals in the galaxy, which we have never even imagined.

First of all, there is this question and answer that might be relevant:

Also notice the bit about "mineral evolution". If you dig more into Bob Hazen and colleagues work, they have some paper where they estimate how much more minerals are expected to exist that we have yet to find.

Tachylite's answer is mostly correct. I'd like to add a few more things though:

Hundreds of thousands. There are 90 something (relevant) elements in the periodic table, some of them have different oxidation states, which basically makes them behave as different elements. For example S2- and S6+ are both sulfur, but they are completely different mineralogically. This leads to almost infinite amount of possible compounds and minerals.

And what could be the reason that they don't exist on Earth?

The conditions are not correct. Mineral stability is a function of temperature, pressure, bulk composition and fugacity (activity) of certain volatile components such as oxygen, sulfur, etc. Only a limited set of combinations of those is available on Earth, so that's why they might not exist here.

Also, several minerals are known from synthetic experiments to occur in the Earth, and actually a large amount of of the Earth's mantle is predicted to comprise of them. Two examples are ringwoodite and bridgmanite. Both were first synthesised in a lab, and were found in meteorites. Ringwoodite was only recently found as an inclusion in super-deep diamonds, and bridgemanite was not found yet in the Earth. We do know that the mantle is full of that, it's just not accessible to us.

This is similar to all of the Fe minerals that are found in meteorites. It's likely that Earth's core is composed of a bunch of Fe minerals we don't even know yet, but they are not accessible to us so we basically can only guess based on experimental studies.

We might also consider minerals that cannot appear as minerals on Earth because Earth is too hot. These would be ices that exist in solid form, and meet the standard definition of minerals, mostly from roughly the orbit of Jupiter (or maybe some asteroids) elsewhere. 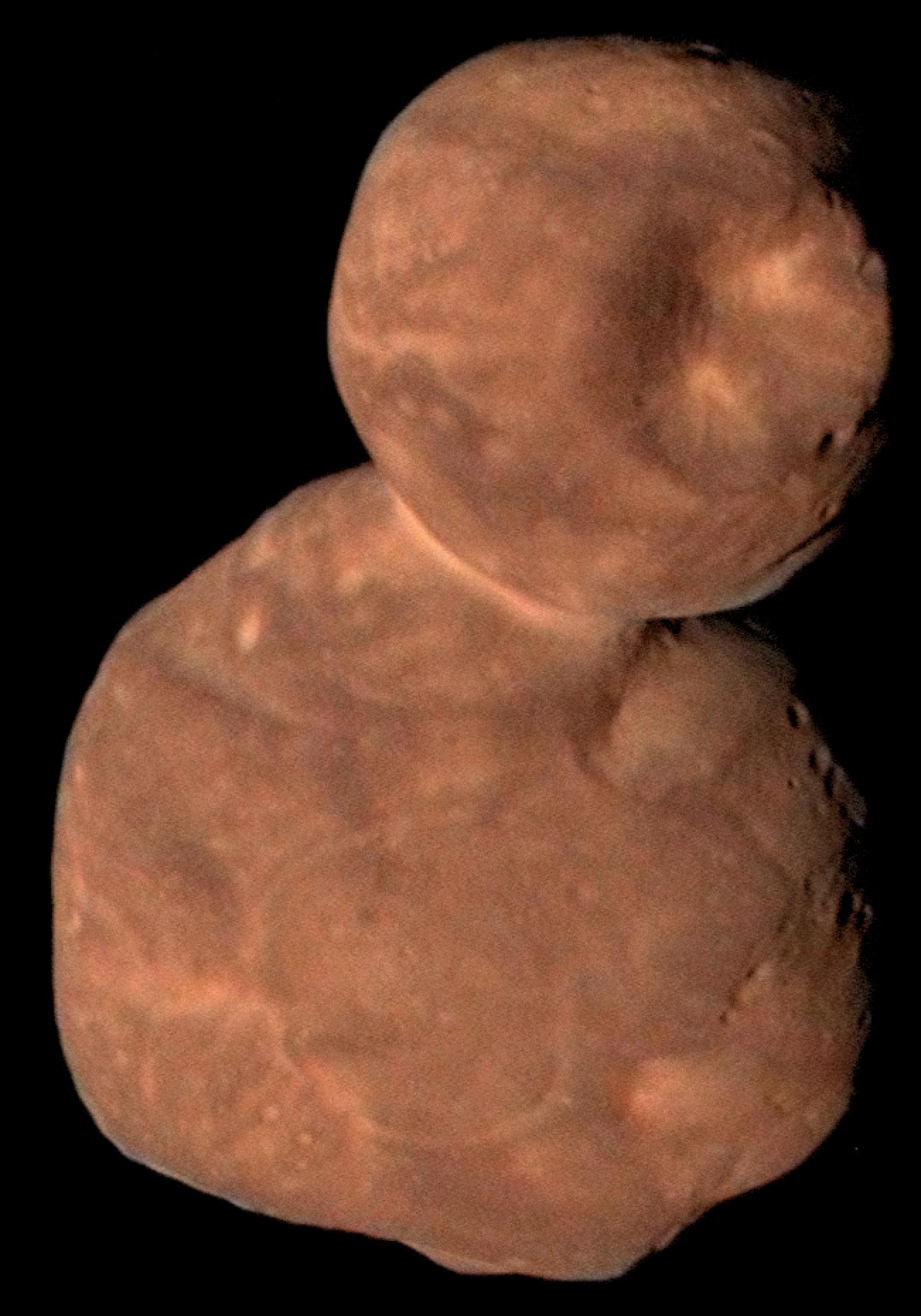 From Ref. 2: the red, tholin-bearing surface of Arrokoth.

Nitrogen and carbon monoxide are most abundant on the anti-Charon face of Pluto (around 180° longitude, where Tombaugh Regio's western lobe, Sputnik Planitia, is located), whereas methane is most abundant near 300° east.[4](https://doi.org/10.1016/j.icarus.2013.01.019) 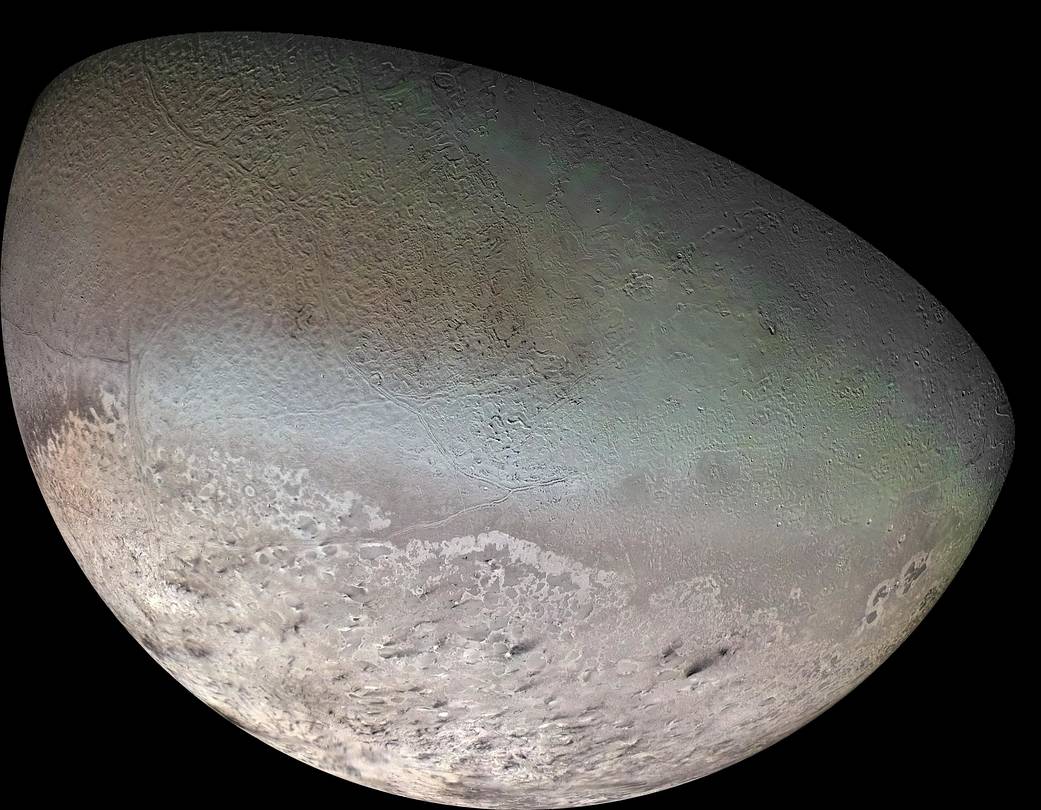 From Ref. 3: Triton with its bluish nitrogen ice belt. 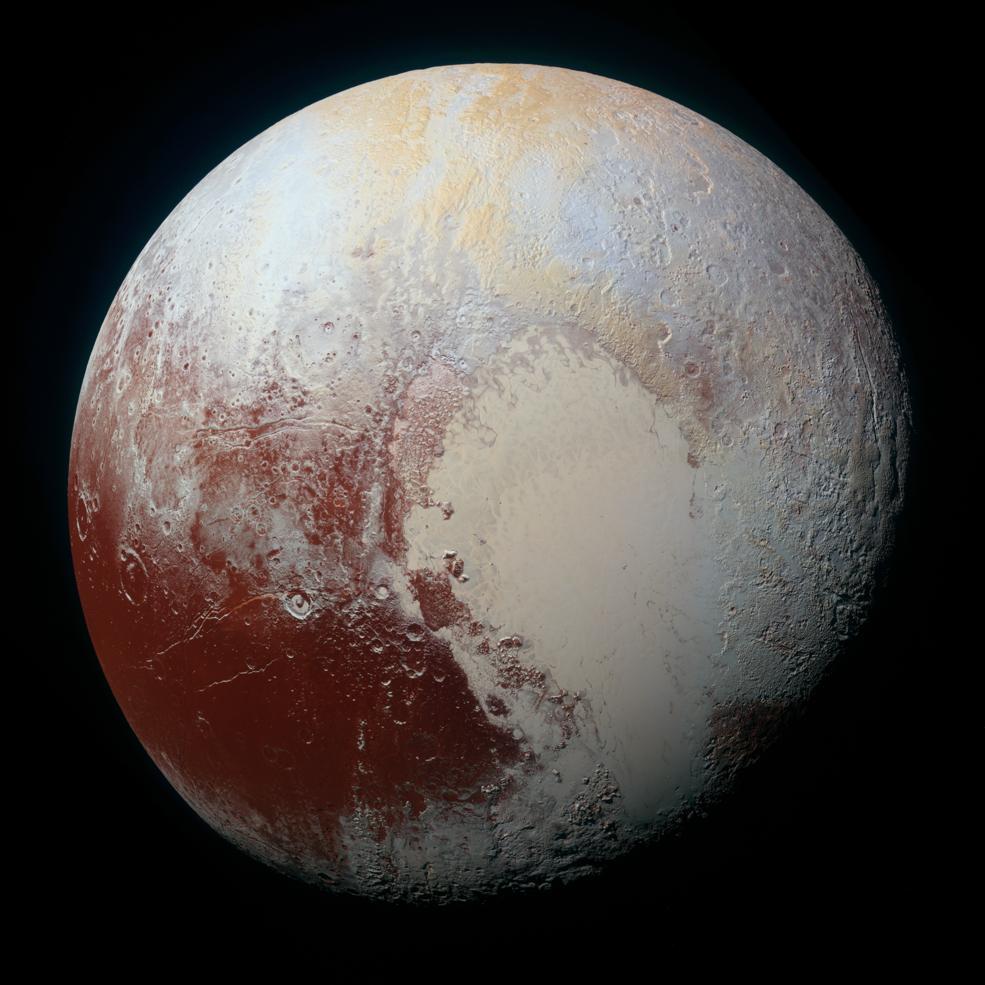 From Ref. [5]: Nitrogen and carbon monoxide rich ices in Pluto's heart, flanked by tholins on the left.

There are a vast number of hypothetical minerals that will not form or persist in the presence of water, particularly liquid water. Since the Earth's mantel and crust are sodden compared to Mercury, Venus and maybe Mars, we might find a lot of new minerals once we start routing around.

There is one in particular that IIRC the rovers were configured to find. I'll see if I can snag a reference.

6
Were all of Earth's minerals created before Earth's formation, during, or after?

28
Why is Earth's inner core made of an iron-nickel alloy?
16
How do geologists find ore deposits?
6
What are the dominant elements that oxygen is bonded to on earth?
2
Ions & elements, which is the correct terminology to use when discussing chemical compounds in Earth Science?
5
What is the CI chondrite concentration of REEs/rare metals, in ppm/grams per ton?
2
Where/how people find minerals
1
Isotopic dating of metamorphic rocks
4
How did hydrogen make its way into proto-Earth?