I have found this structure in thin section. What is it?

I have been observing a nepheline specimen under polarized light and found some interesting places. I have taken several images. The first shows a micro-geode with parallel polarizers, second with crossed polarizers. I wonder.. could these crystals inside be nepheline ? If not, what mineral could it be ? The thin section was labelled "nepheline". Also.. is the bubble real air bubble or anything else ? 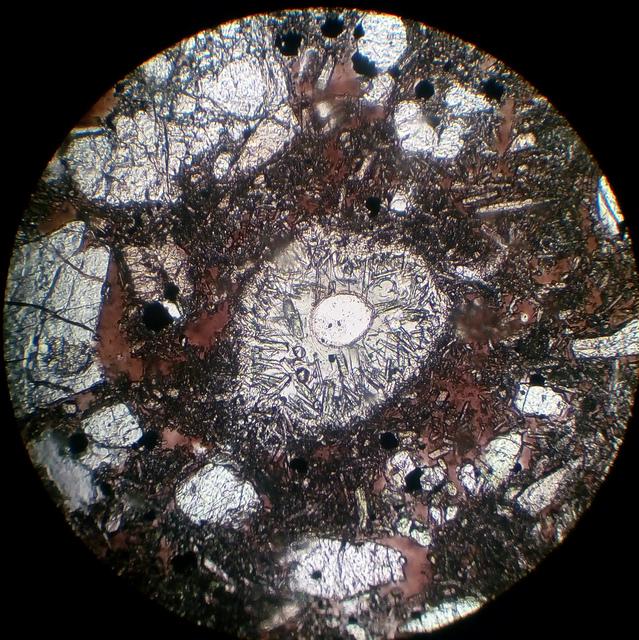 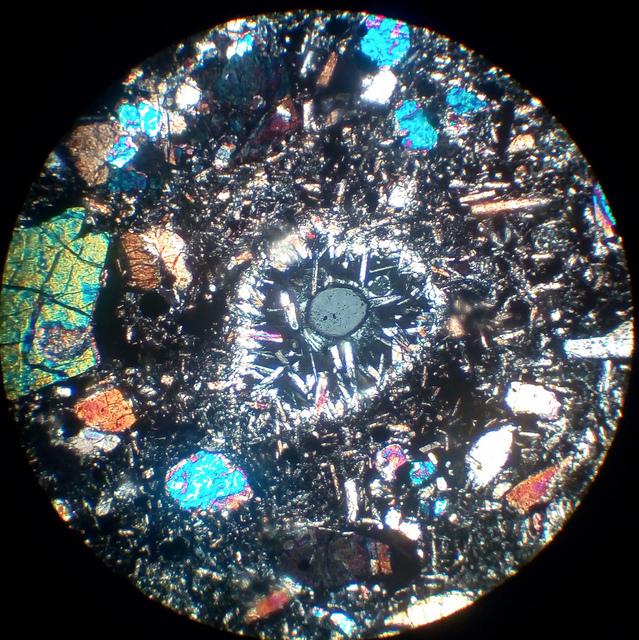 I have also observed pyroxene crystals in Fe-solution (in parallel nicols could be mistaken with biotite), olivine and there should be nepheline. I have also found secondary quartz filling a cavity near olivine crystals. I believe the original rock was some kind of basalt.

Browse other questions tagged geology mineralogy or ask your own question.

3
How do cations control the crystal structure of silicate minerals?
9
What is this weird looking structure in Ethiopian desert?
9
What is the global distribution of oil filled geodes?
5
What are the cubic formations found inside Larimar gemstones?