What is this weird looking structure in Ethiopian desert?

I was surfing through Google Maps around Ethiopian desert region (close to the town of Werder/Wardheer) and I found this weird looking structure. It seems like a dried up lake bed, but I can't guess what the straight lines are going out of the circular thing. Any idea? 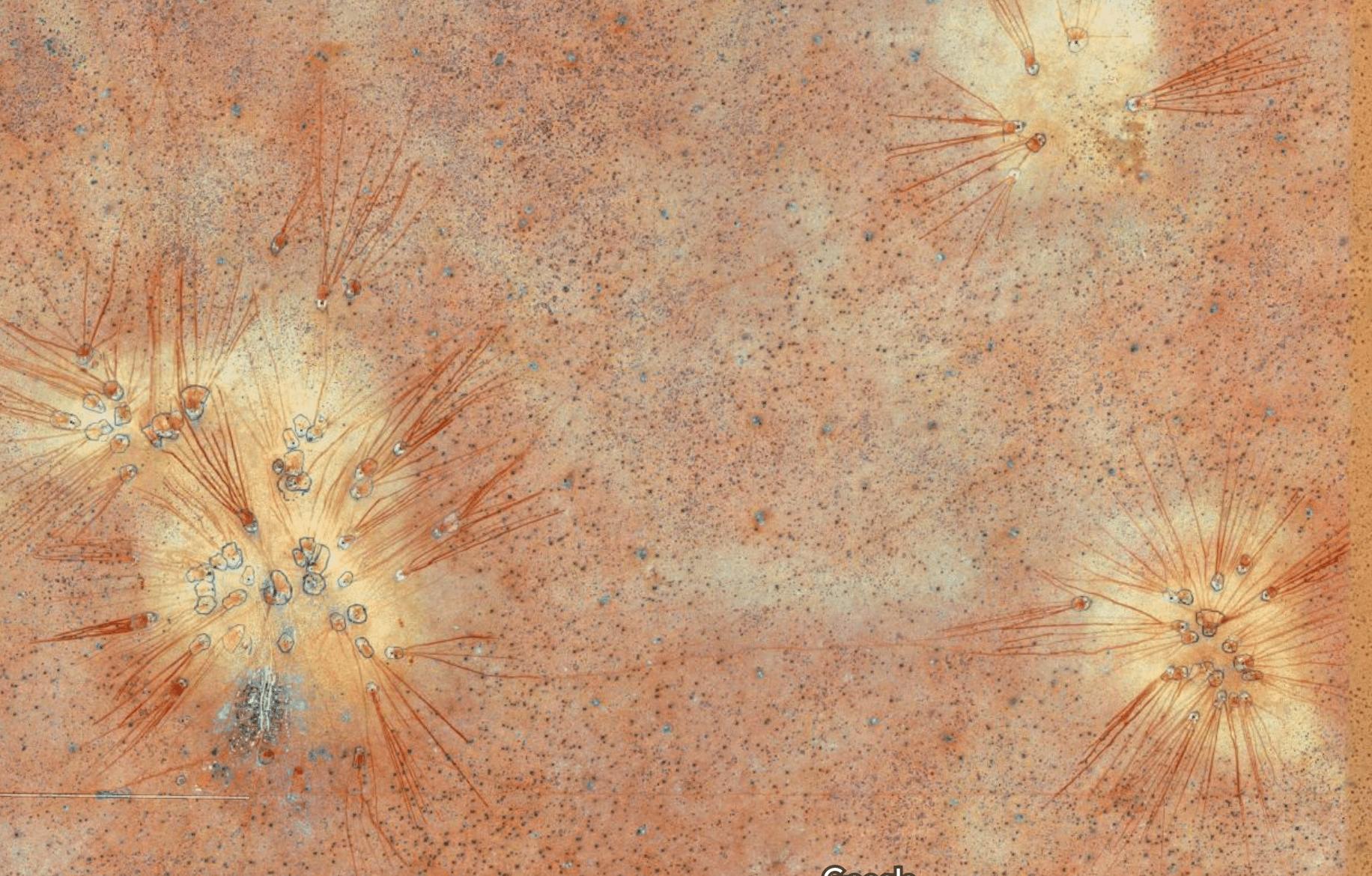 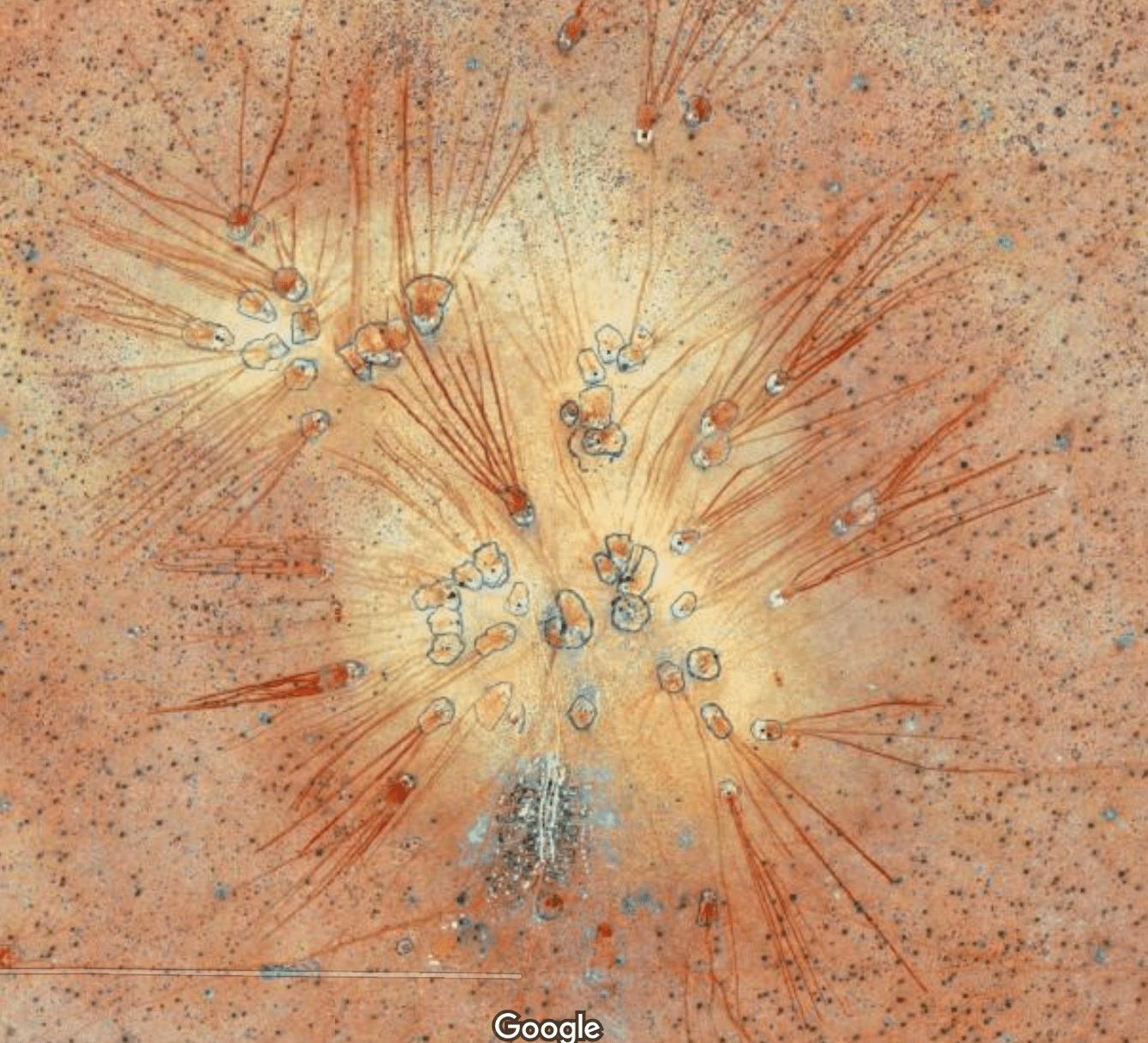 Zoom in for the clues. The lines are not radiating out from the village, but from the cattle kraals. These kraals are irregular enclosures built of acacia thorn, agave and other thorny bushes. The cattle are kept in these kraals at night to protect them from hyenas and packs of wild dogs. The cattle themselves are likely African longhorn or various local cross-breeds with Sebu. They are creatures of habit, walking out from the kraal in the early morning, and back in the evening. They follow the same track for several hundred metres before the cattle diverge in slightly different directions. In the more concentrated paths decades of hoof-prints erode the dusty soil, often in trenches to depths of 60 or 70 cm. When it rains, runoff drains into the paths where it collects as red mud, the latter being derived from the deep weathering of basalt. The cattle are led by villagers who each have allocated pasture land, hence the constancy of direction.

This is the most striking example I have seen. Often it is not as obvious because, at least in wetter areas, there is more local grass, and the cattle are tempted to disperse 'closer to home'. On the ground one can see these in many parts of East Africa, from the Simian highlands of Ethiopia to the Simiyu pastures of northern Tanzania.

Not the answer you're looking for? Browse other questions tagged geology geography geomorphology desert identification-request or ask your own question.

14
What are these lake-like blue patches in the desert, visible in satellite image?
20
What would be the effect of bringing seawater pipes to the Sahara desert?
8
What is this strange formation near Râmnicu Vâlcea?
3
Was there once a glacier over Starcke national park in Queensland Australia?
14
Is this a former volcano in the Hamad Plateau, in the Syrian desert?
5
What is this geomorphological form?
6
What is this geological formation in the Santa Cruz mountains that looks like a cave interior?