Plate Tectonics: Is it possible to have an ocean-continent divergent boundary

I am procedurally generating planets for an open world space sandbox game. I am using a rough simulation of tectonic plates to create mountain ranges and other geological features.

A planet surface consists of several plates, which consists of tiles. The continental plates are randomly generated, with random initial elevation and drift velocities assigned.

Tile elevations are generated by multiplying an envelope ( e^{ -d^2 } ) with a function for different types of plate boundaries and relative drift velocities.

For the sake of realism, is it possible to have a land-ocean divergent plate boundary? I could not find anything online. There also doesn't seem to be any examples on Earth from what I could find. Is it safe to assume that divergent boundaries only occur between land-land and ocean-ocean plate boundaries? 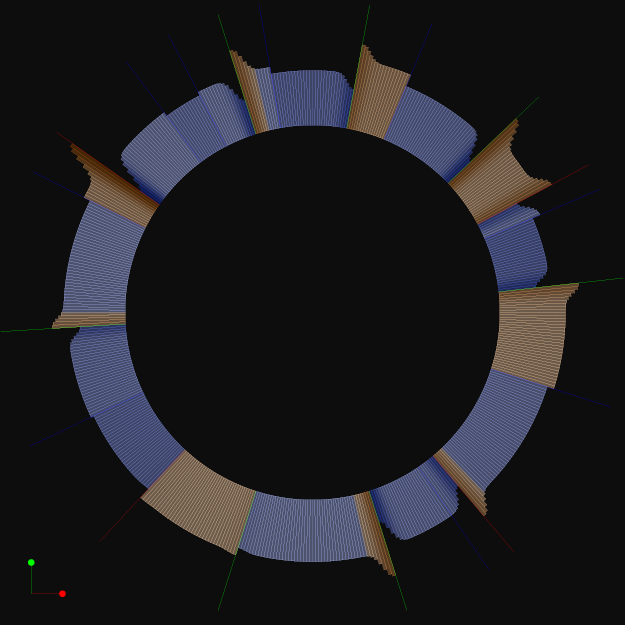 I'm going to change the simulation so that divergent boundaries happen only at land-land and ocean-ocean boundaries.

Sorry for my ignorance about geology. I know this is a crude way to simulate plate tectonics.

A very simplified model of an ocean would have a divergent boundary in the middle. This oceanic spreading center might have basaltic volcanic islands along it, and two mirrored plates on each sides, pushing towards neighboring continental or oceanic plates. 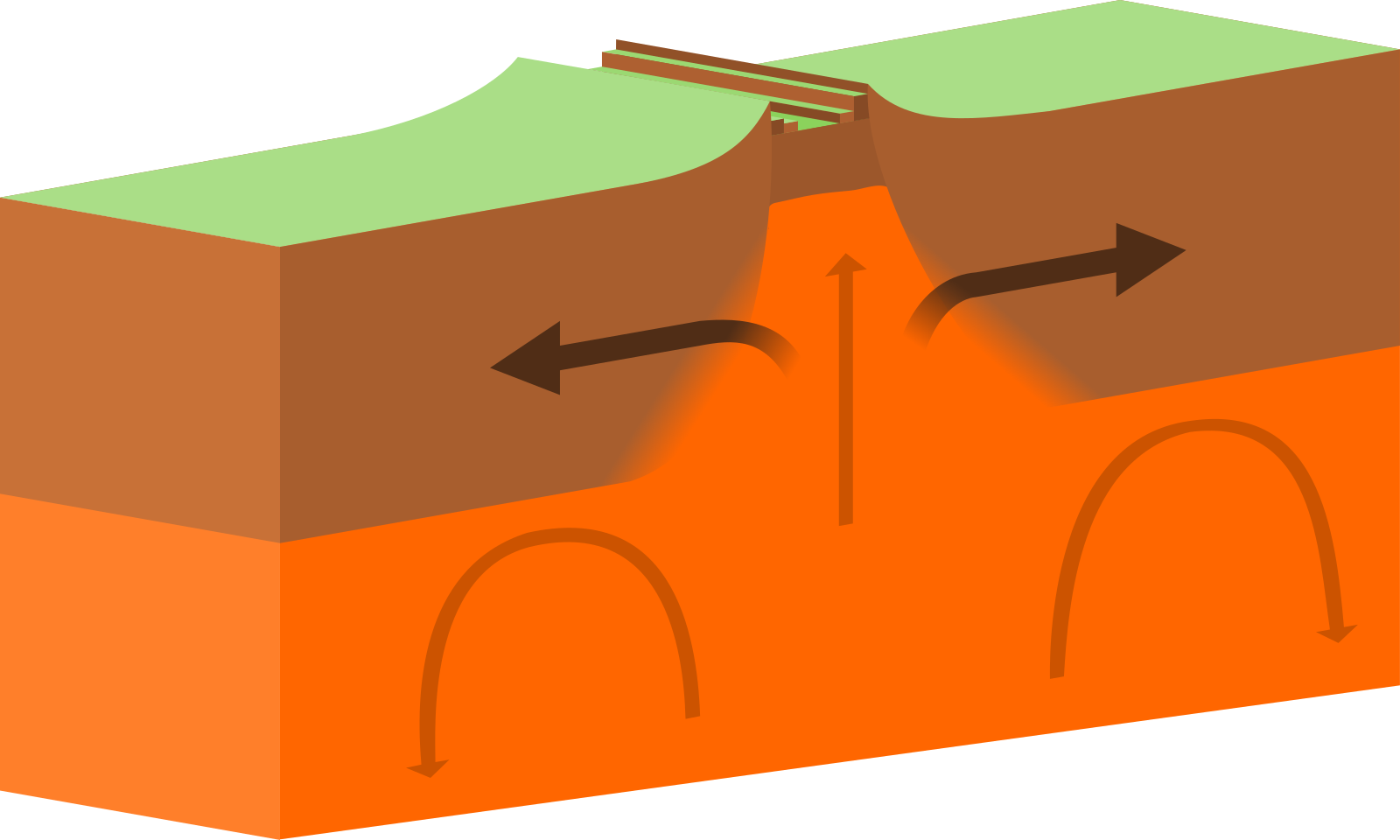 I'm trying to think about any oddity that would fit your description, but can't really come up with a good example. Locally you might have the conditions in triple junctions eg. at Afar Triangle. Somehow, it could also describe parts of New Zealand and eastern Mediterranean, but it's very complex areas with more parameters controlling the rifting.

Earth is not controlled by any simple equation, its formed by 4.56 billion years of interaction between rocks, magma, life, atmosphere and even astronomic influence, so I'm not sure that divergent boundary never occurred between existing continental and oceanic plates, but at least it's very uncommon and couldn't last long.

A way to understand plate tectonics better, and maybe even a good inspiration for world building games, is to have a look at the (free) program Gplates that is used by students and scientists to simulate tectonic history. Don't worry about your ignorance, interest is more important than knowledge. The game might be a good inspiration for someone to learn more about something really awesome.

You May think of this situation as following:

Consider an ocean-ocean divergent boundary and one of the oceanic plates (OP) is subducting below the continental plate (CP). Following shows such a setting.

--> direction of movement of plate

Now think if the spreading ridge is coming closer to the CP. Which can be due to the difference in speed of motion of the CP. One of such scenario is also illustrated in (book William Lowrie) 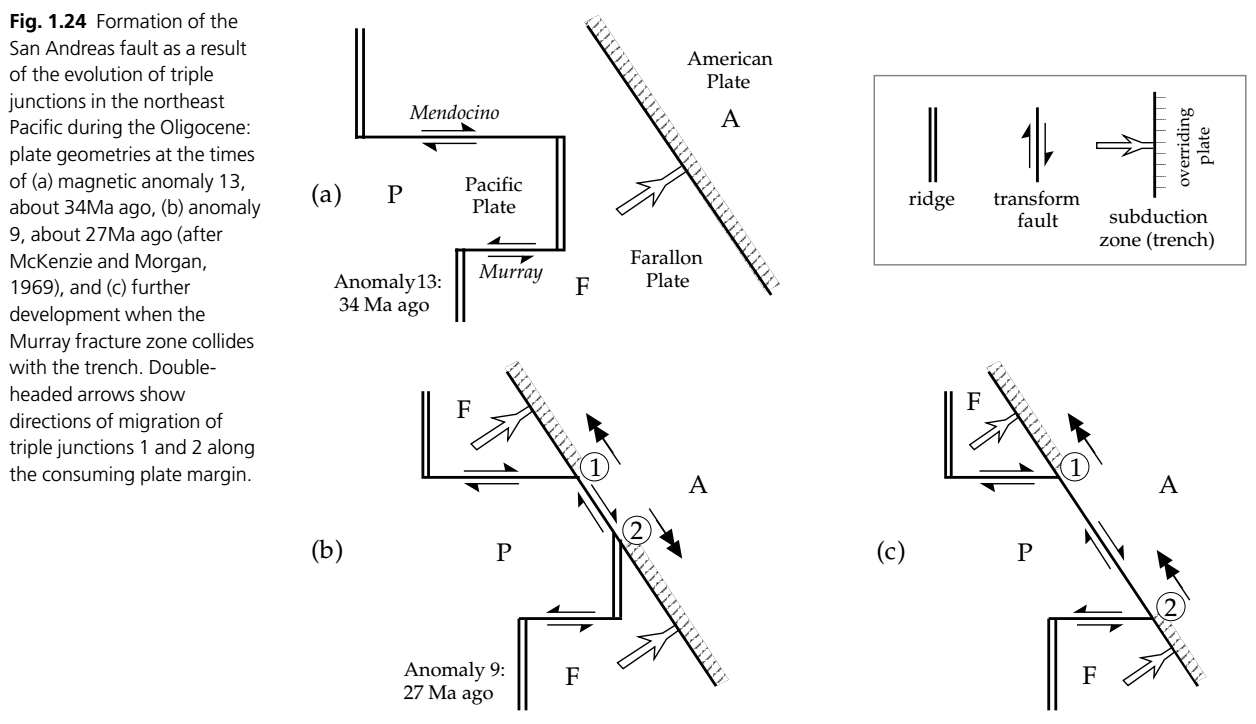 In such a scenario, though for a small duration, you can have such situation.

Not the answer you're looking for? Browse other questions tagged plate-tectonics planetary-science continental-rifting ocean-ridge or ask your own question.

23
What properties must a rocky body possess in order to exhibit plate tectonics?
21
What caused the bend in the Emperor/Hawaii chain of islands, 45 million years ago?
8
Does the climate have any effect on plate tectonics?
8
Do "water-worlds" not have plate tectonics?
1
Divergent boundary and trenches between oceanic plates
3
Plate boundary lon/lat data
4
What formations are to be expected to develop between the transform boundaries of oceanic and continental plates?
2
Tectonic plates terminology