What is the best way to stay safe while photographing lightning storms?

Occasionally, I go out with my camera and tripod and capture cumulonimbus clouds from distance. Sometimes I am worried when I hear thunder that I could be hit by a lightning bolt. I have seen several "bolts out of a clear blue sky" and it reminds me of the danger (even though the probability is probably small). 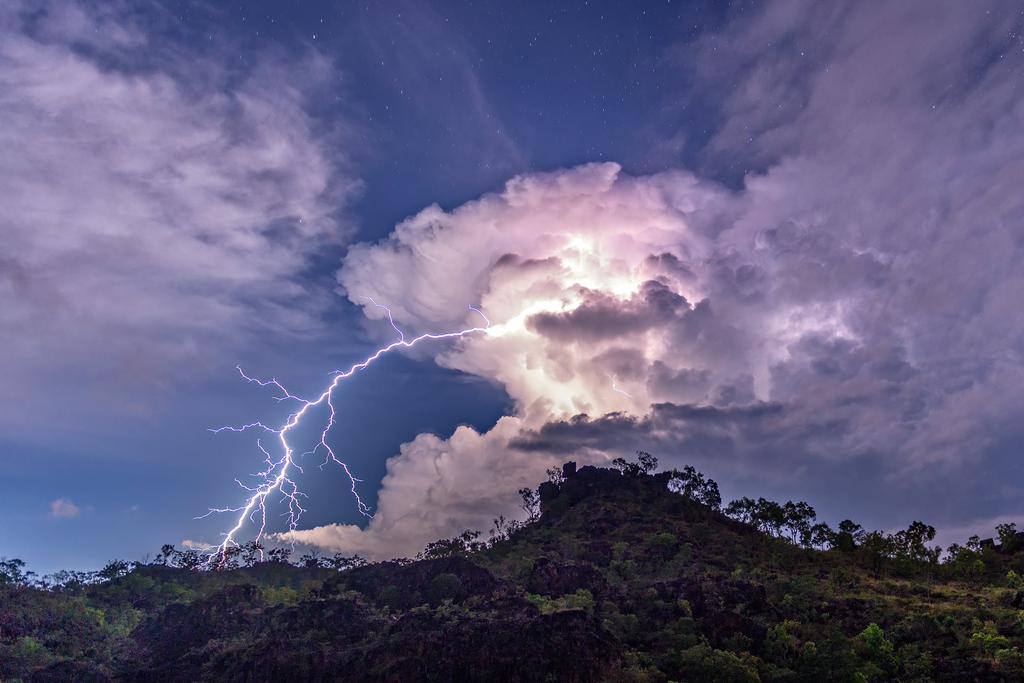 A nice example of lightning comming out of cumulonimbus anvil - I've heard that you can even be hit hundreds of kilometres away (but it's extremely unlikely).

Additionally, I know that during thunderstorms it is very dangerous just to stay in contact with metals or water. This is why I never go out (or open windows) when I take photos of lightning from my flat. But... I have seen several amazing captures of lightning by storm chasers. How is it that they are so close to lightning, but do not get struck? Is there any trick or are they simply risking their lives? 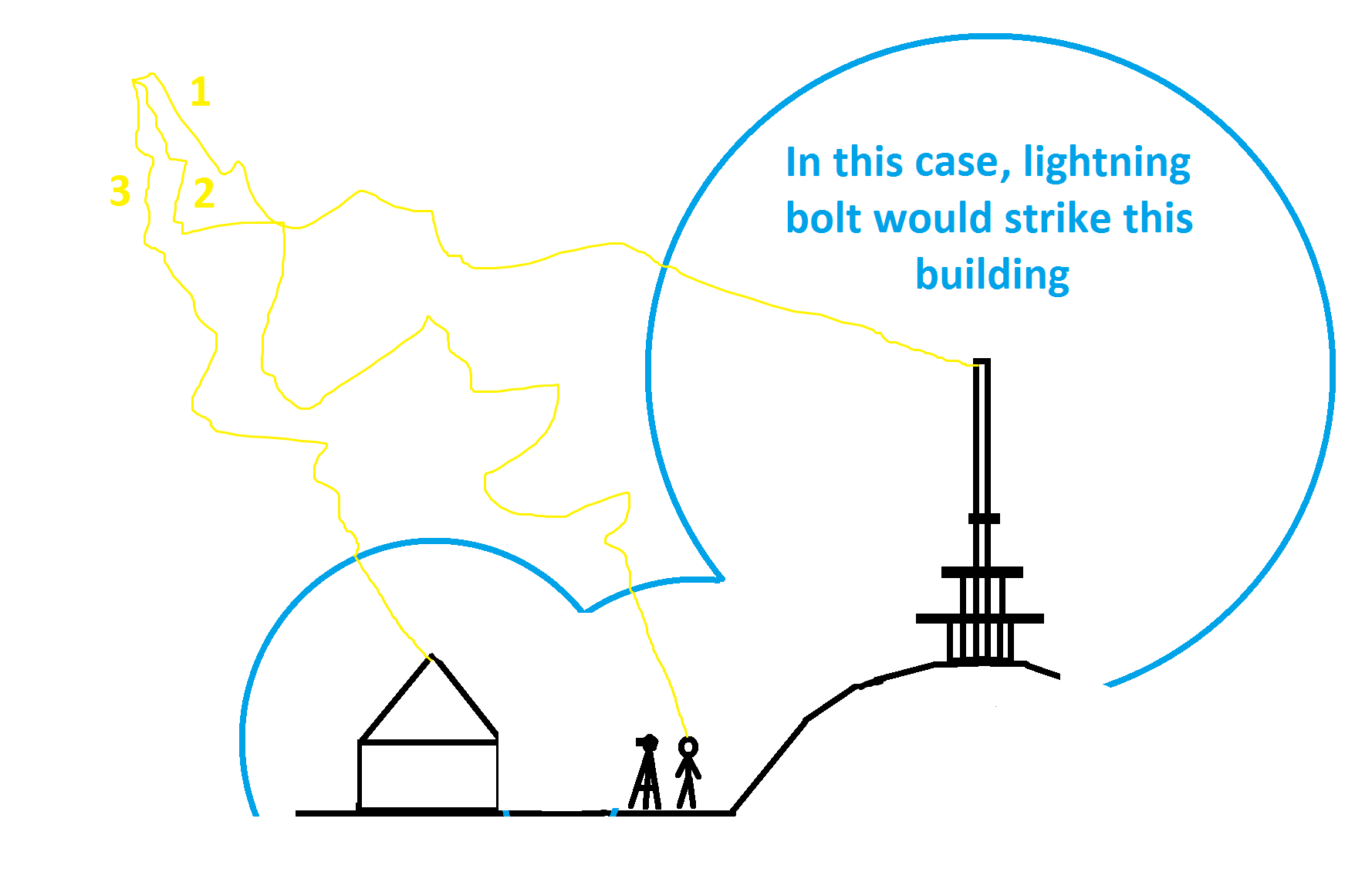 I've considered how lightning strikes, and drew this image. In this situation it seems that there are three possible targets. I drew a radius around each object because it my intuition suggests it would work like this. If so, then the building on top of the hill has the highest probability of being struck.

If the lightning bolt hits the object closest to its path, could we completely protect ourselves from being struck by staying RELATIVELY close to some much taller objects, so that they would cover the sky around us with their large radius?

I would like to stay in safe, but take some beautiful photos of lightning too. I know everyone says that "during lightning storms you should never stand under trees". But if located right, can you actually be protected from danger like this? Or what practices are truly the best way to stay safe while photographing lightning storms?

Yes, most storm chasers are risking their lives to take lightning photos. Your likelihood of being struck is obviously higher the closer you are to where lightning is originating from. However, lightning is highly unpredictable, and therefore, there is not much you can do to avoid all odds of being struck. One suggestion would be to take photos from inside your vehicle. You could shoot from the back door of a van or truck with a cap, or set your camera outside and operate it with a remote.

I would advise against being close to tall objects, as although lightning is more likely to strike it than you, you can still experience deadly charge that reaches you through the ground.

Not the answer you're looking for? Browse other questions tagged meteorology lightning storms thunderstorm or ask your own question.

3
Why don't lightning strikes cause a lot of injury or damage to property?

6
What type of storm cloud is this?
8
Are lightning storms more common at night?
16
Why (actually) is the night sky so bright in the city? How far up is that happening?
4
What is the core of the lightning?
1
What percentage of cumulonimbus clouds create lightning?
10
Has a hurricane or cyclone ever reformed after passing over a large land mass?
6
Did Dark Lightning turn out to be a real thing? Is this what produces gamma ray flashes from lightning storms?