Is there a quick way to roughly estimate how quickly a flood will move downstream?

At the time of this post, there was urgent danger of spillway failure at the Oroville Dam in California, with evacuations in place for hundreds of thousands, and even larger populations further downstream in the Sacramento metro area. There's 300 large dams in the world. So it would seem quite useful to have a method to quickly estimate how quickly a large flood might move downstream. 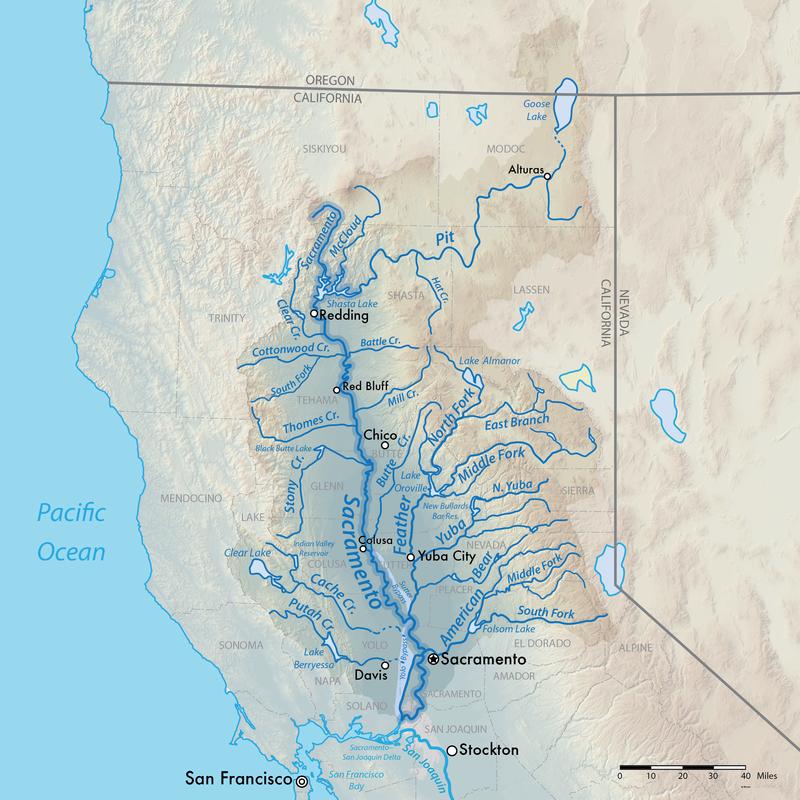 Obviously detailed hydrological models are the only way to properly incorporate the varied topography and other unique factors in each situation.

But it would seem useful for a lot of folks, whether tens of miles downsource of a mountain stream (such as might've been vital as the Big Thompson flood started), dozens of miles down a valley from a dammed waterway (like those further down the Feather/Sacramento Rivers tonight), or hundreds of miles down a flooding major river (such as the 1993 Mississippi Flood), especially given the varying warning networks in place around the world, to have a rough scale of how quickly an unexpected flood might translate downstream their way. Is it a matter of hours, days, weeks? A rough worst-case scenario of how quickly they may have to react is what is desired.

Would seem a reasonable formula for a loose estimate might reasonably include the volume of water flowing, the expected channel size, and the elevation change (or alternatively, just the speed of the water... but if you knew that, you really don't need any special formula!).

Does such a formula like this exist?
Or are there good empirical estimates for those different situations I presented?
Or is each case just so unique that there's no hope of such an estimate?

My first thought would be to use Manning equation as an approximation. It does not take into account the effect of a dam burst providing excess water and immediate flooding, although for larger scales (in terms of river reach) this is likely less important.

Detailed hydrologic models may not be the right answer by the way, especially for the tradeoff of the work involved to build them. A detailed forecasting system with a model and real-time data would be the best, but a quick approximation is often a good guess for the work involved.

Not the answer you're looking for? Browse other questions tagged hydrology flooding dams or ask your own question.