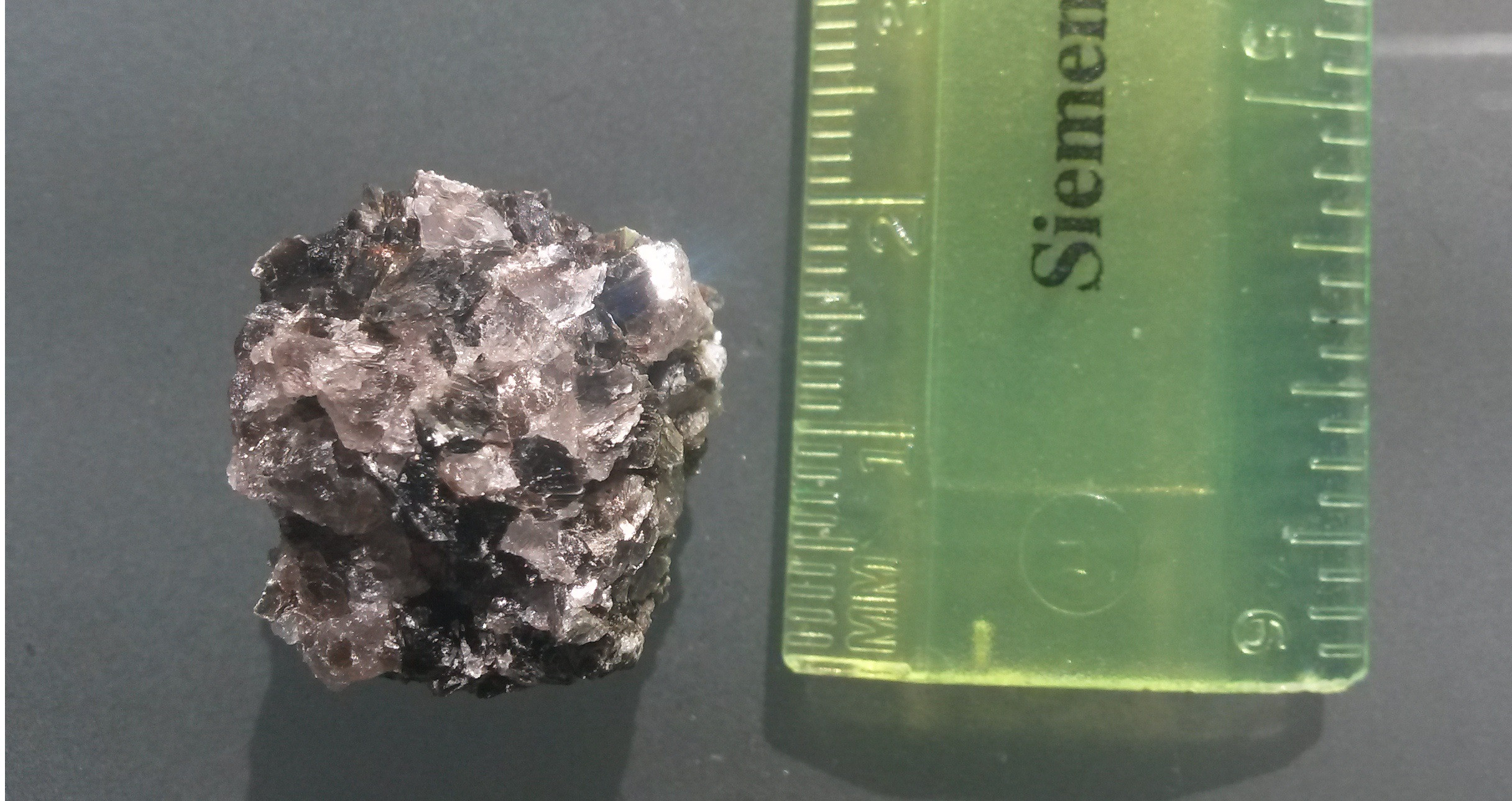 Where it was Found: I found the rock laying on the sidewalk near some landscaping at my apartment complex in Raleigh, NC.

Size: The largest intact portion of the rock is about 2.2 cm in diameter.

Description: It's a somewhat heterogeneous black/grey/white rock with clear/white crystalline structures and blacker mica-like cleavage layers. The rock is very brittle (you can see "crumbs" in the photos generated from simply setting the rock down and rotating it to take photos). However, given the brittleness, I'd say it's actually more dense/heavy than I would expect based on its size. 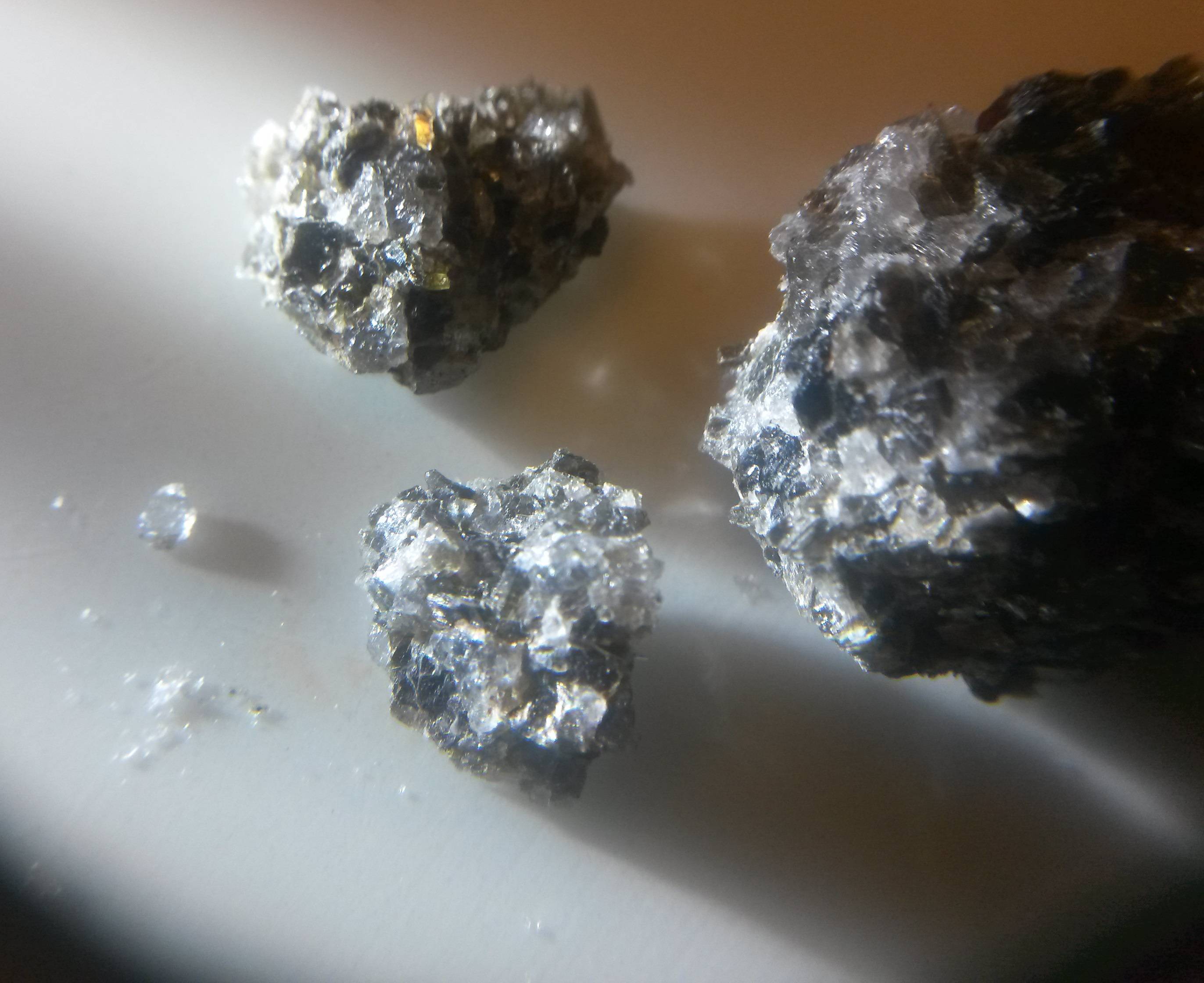 The next photo shows "crumbs" demonstrating the two major rock-types. This photo suggests that what I had initially described as mica-like flakes, might in fact be thicker structures, but it's hard to tell. 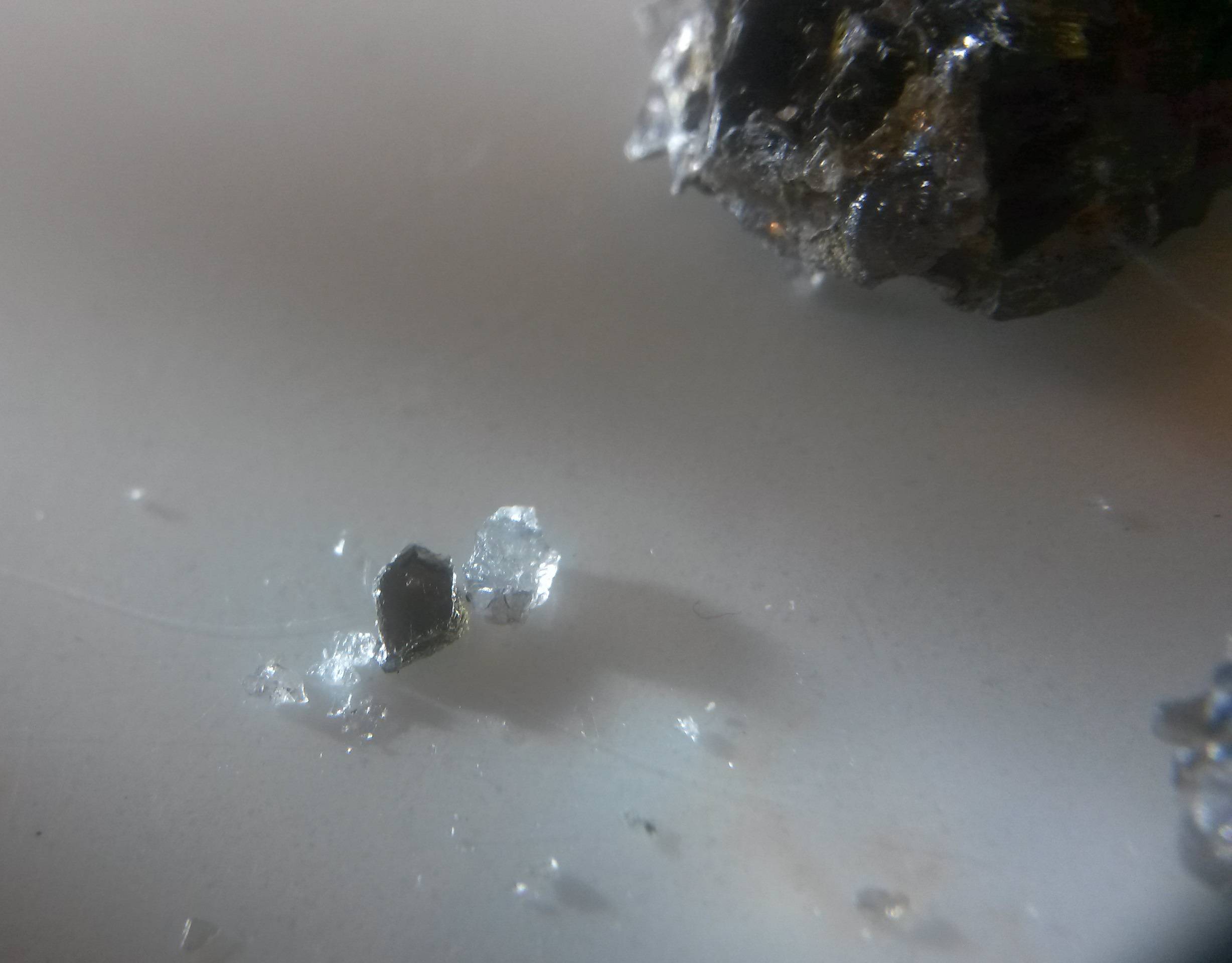 Here are some additional photos. (note that any yellow color in the pictures is from a nearby light, and the rock itself has no yellow hues): 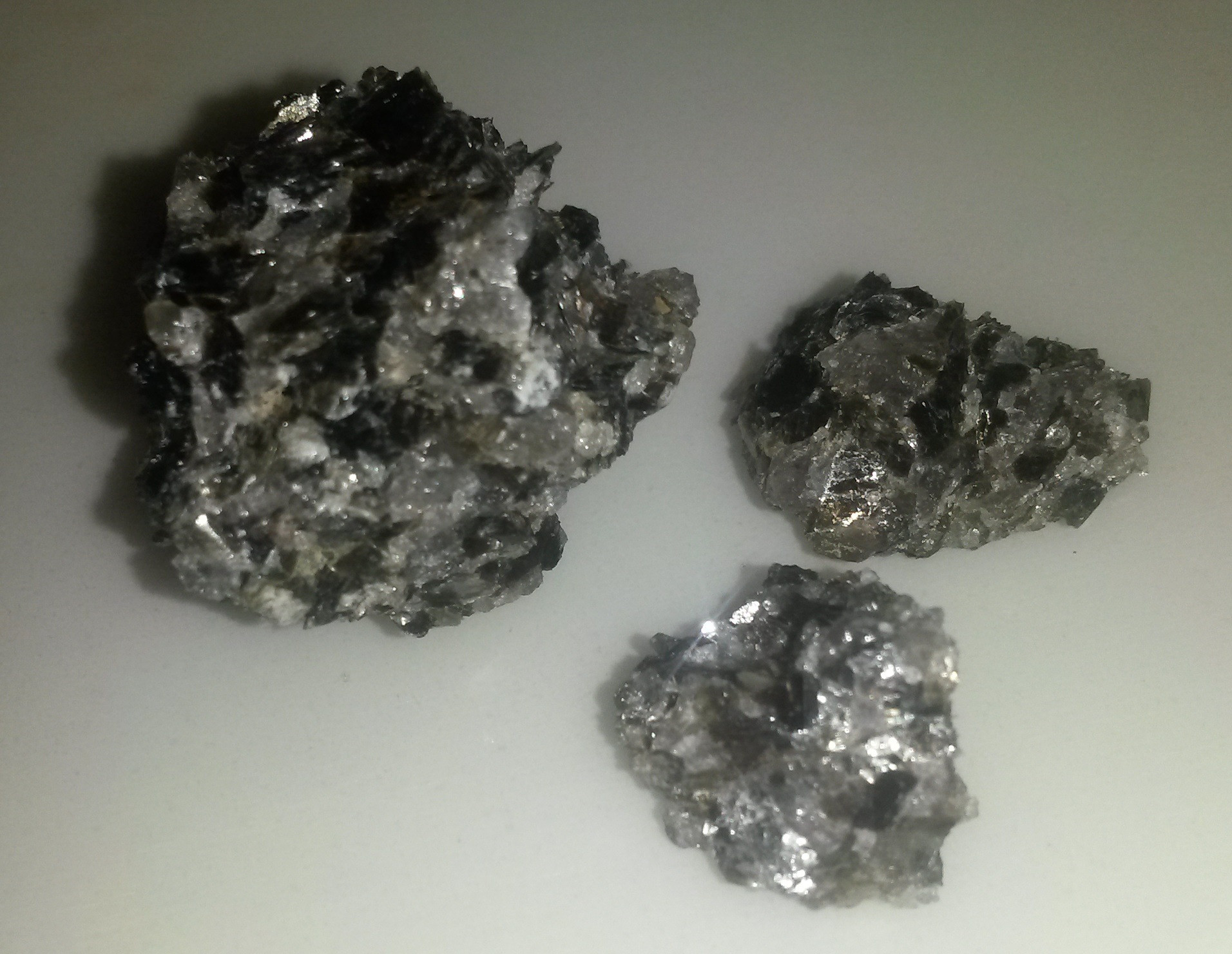 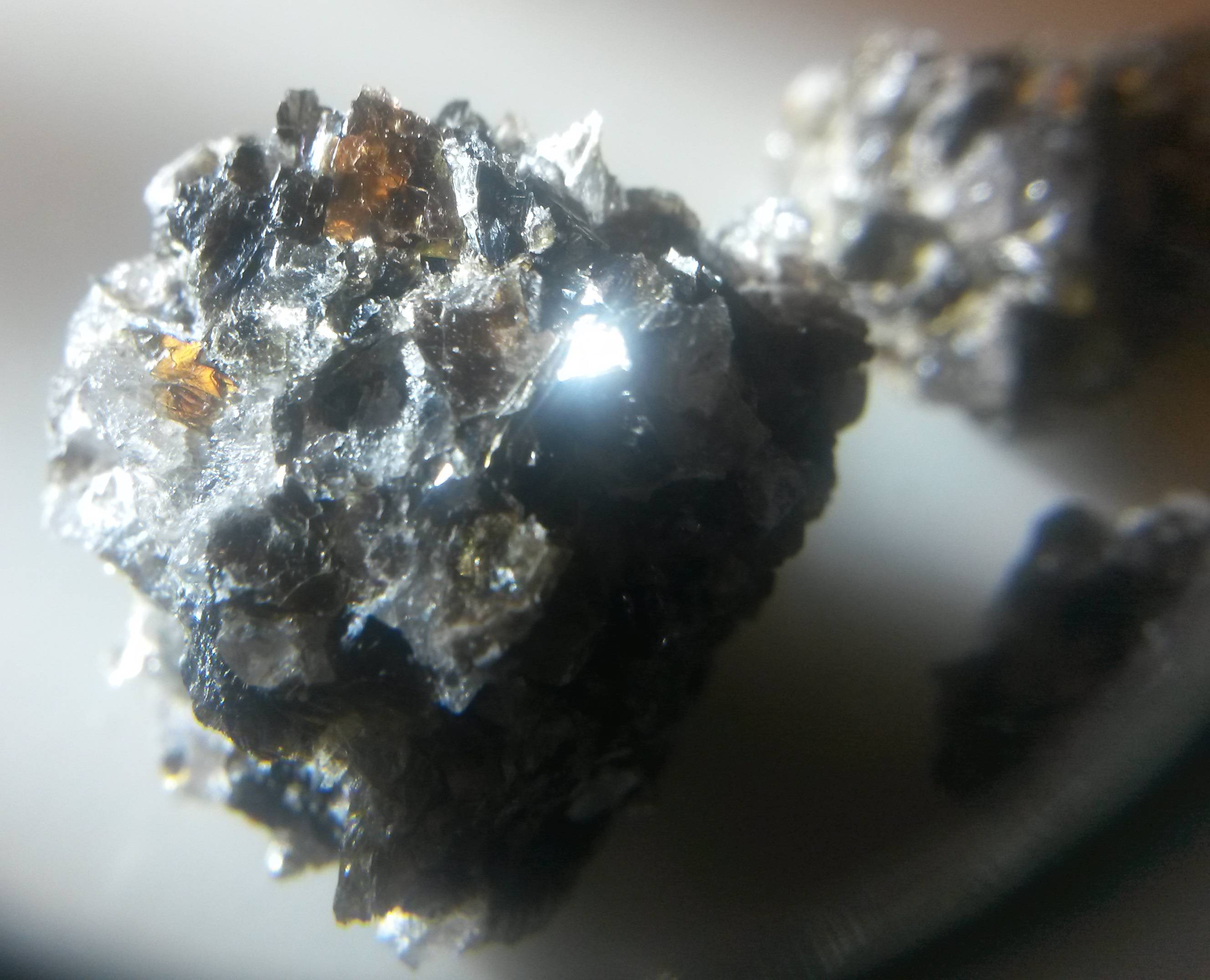 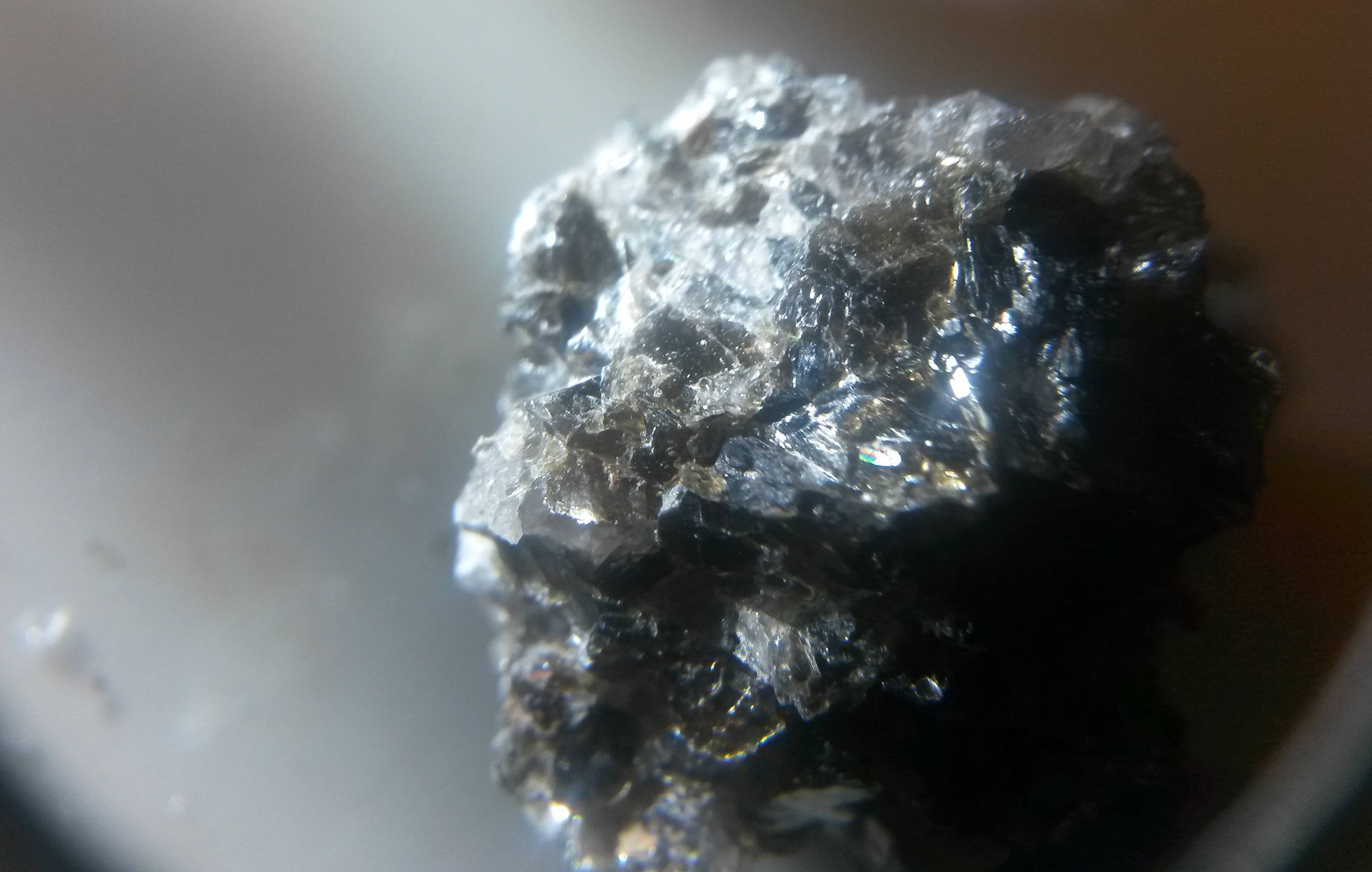 I apologize that I don't have better pictures as my hand lens is damaged and I do not have a good camera or scope to use currently.

This and this are the closest I can find to resembling my rock, but I don't think either is right. But based on these photos, my best guess is some kind of mica, pyrite, or scheelite mixed with quarts?? I'm an ecologist, so I have a limited knowledge of geology at this scale.

My best guess is your rock is a granitic pegmatite.
Your rock is composed:

Although scheelite can be found in the granites of North Carolina, it is relatively rare. Scheelite is usually very fluorescent (glowing bright blue under short wave UV light).

Not the answer you're looking for? Browse other questions tagged geology identification-request rocks or ask your own question.