How do seismic charges help to investigate the subsurface?

In reality, geophysicists do something similar using buried explosives. 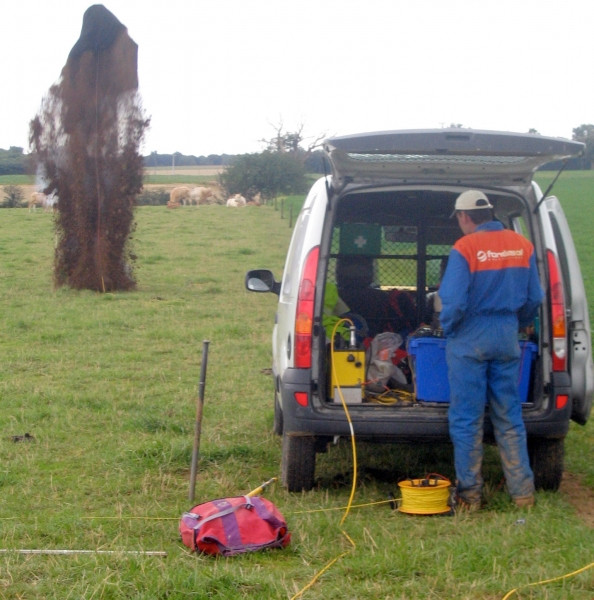 In simple terms, how does detonating explosives in the ground help us to understand the subsurface structure?

Explosives are just one way we can produce seismic waves in the ground. By placing geophones on the surface, which measure the rate of change of displacement of the surface, we can actually guess where there are boundaries between different rock types in the subsurface. When we detonate our chosen 'seismic wave generator' the geophones begin recording this change in displacement. As the seismic waves propagate and hit boundaries between rocks of different acoustic impedances (resistance to propagation of seismic waves) some of that wave energy will reflect back to the surface and some will be transmitted downward (http://petrowiki.org/Seismic_wave_propagation#Reflection_coefficients). The amplitude and sign (positive/negative) of those recorded wiggles tell us about how big the contrast in acoustic impedance is as well as if acoustic impedance is increasing/decreasing downwards. This allows us to produce a picture of the subsurface where the x-axis is offset of the geophones from the wave source and the y-axis is the time it takes for the wave to travel down and back up as shown in this picture: 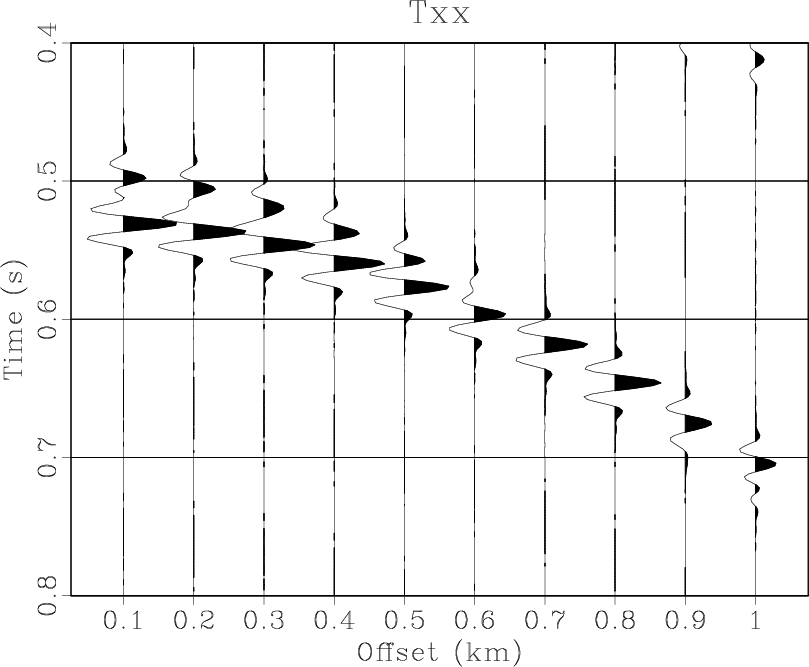 However it is never that simple. A lot of processing has to be done to make sure our initial image is the most accurate picture of the subsurface we can make and even then there is still uncertainty. It must also be stressed that we don't actually know about the properties of the rocks themselves just that boundaries exist between these rocks. If we want to estimate that we can use processes such as seismic inversion.

I think I have the answer. Charges are dropped on the ground. This generates a wave underneath the surface of the earth. Analysing the time the waves take to return provides valuable information about rock types and possible gases or fluids in rock formations. This is similar to the use of ultrasound in medicine.

There are two primary means of generating these waves: with dynamite and with a process called vibroseis. These charges in the movie must have been dynamite.

2
How to map (survey) the structure of crust

14
How are subsurface wave speeds determined without subsurface sensors?
11
How do we determine subsurface composition?
22
Are there any techniques for imaging the deep Earth besides seismic waves?
12
Temporal Resolution of Seismic data
10
How does one determine the optimum offset in a seismic survey?
11
Discrete Slant Stack on seismic data
6
Querying Seismic Databases
3
Seismic data processing software
1
Quality control in Seismic Acquisition - How much data is required?