"New" cloud types: Can they be used as markers for climate change observations?

This question was originally posted on Physics SE, (now deleted) but I think this community is a better fit.

This article "New" type of Clouds, reports that a revision to the International Cloud Atlas will include 12 extra examples of cloud shapes. 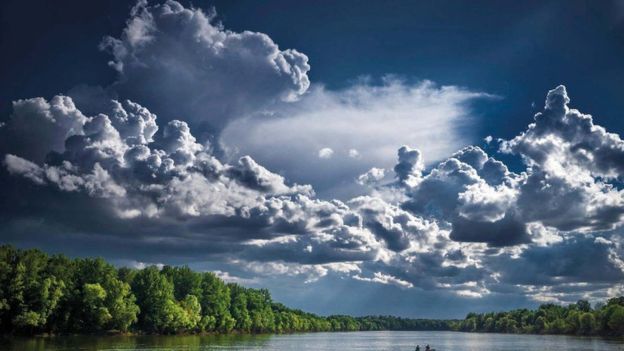 This time around 12 new terms have been added. The best known of these is asperitas, meaning rough-like in Latin, as the clouds can look like the tossing of the waves at sea when viewed from below.

I am aware that these are not new cloud types per se, rather the article is referring to a reclassification system.

These cloud types in all probability have been in existence for a long time, and it is due to the increasing use of cameras on smartphones that has contributed to their new prominence in the Atlas. The article I cite above includes references to the well known jet contrails, but does not ascribe any more significance to these cloud classifications than that. 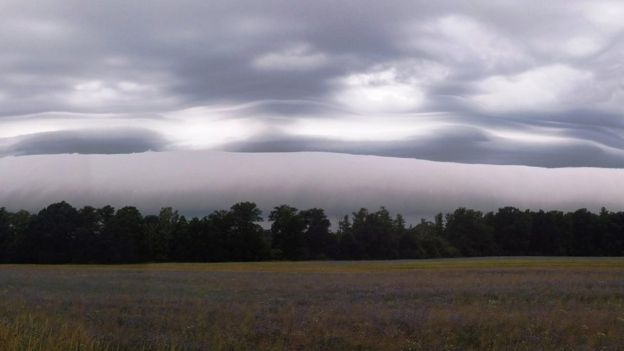 In terms of the way the WMO classifies clouds, they have also added one new "species" - the volutus, or roll-cloud, a low horizontal tube-shaped cloud mass that appears to roll about a horizontal axis.

My question, promoted by this reclassification of existing cloud types, is: could new cloud types be associated with human activity and, (a tenuous connection I admit), could we use the amount of these putative new cloud types to act as a crude marker of our impact on the current atmospheric environment?

I would stress that the website of the International Cloud Atlas makes no obvious, at least on initial reading, link to my question above.

I am aware of the Penn State Jet Trail Research regarding jet trails, in particular their absence from the atmosphere following the 9/11 attacks and subsequent temporary flight ban.

My answer is no. The reclassification of clouds is not affected by climate change. It is more of our understanding of how they work, formation mechanisms, etc. Cloud classification can generally be broken down into altitude and shape (cirrus-type, cumulus-type, and stratus-type). The subtypes of those describe the behavior, and may be combinations of types (such as cirrostratus, pyrocumulus and cumulonimbus). There are other types, such as the new asperitas cloud (formed by gravity waves), the Kelvin-Helmholtz instability cloud (formed by the Kelvin-Helmholtz instability), contrails (formed by jet exhaust), fog (formed by either advection or radiation), etc.

That is not to say that clouds don't affect climate. For example, cirrus clouds, and other high clouds, are optically thick, preventing the low temperature from dropping. It has been debated what the net effect clouds have on the environment, newer research seems to indicate net warming (see latest IPCC report), despite the traditional thought being cooling. Being that water vapor is a greenhouse gas with generally greater concentrations than the famed CO$_2$, it is extremely important to consider in climate discussion.

Not the answer you're looking for? Browse other questions tagged climate-change clouds or ask your own question.

2
Do surface temperatures at lower latitudes continue to correlate with frequency of noctilucent clouds in the arctic stratosphere?