Are EF6 Tornadoes officially recognized on the fujita scale or not, I have been quite confused on this and I have been very curious about it.

Basically the de facto best operational source would probably be the Storm Prediction Center website. They provide this table:

However it also true to note that the scale was developed to mirror the Beaufort Scale into a range between the Hurricane Force on the Beaufort Scale and Mach 1. And as such, indeed in Fujita's 1971 proposal of his scale, as well as in this 1981 journal article (which offers some additional interesting insight into the progression of understanding into tornadic wind speeds, plus alternative scales), Fujita lists the option:

However, in the same papers, likely as his dataset expanded, he evolved his initial wording

...the presumption that the occurrences of F6 or higher wind are extremely rare... [1971 paper]

... because F6 or stronger tornadoes are not expected to occur on the earth, they will be called Inconceivable tornadoes should they ever occur. [1981 paper]

Very importantly, the Fujita scales are damage scales, simply because it's very difficult to directly measure the speeds of a tornado. As such we base tornado ratings by analyzing the degree which it damaged objects; SPC's Fujita scale page lists the 28 damage indicators currently available as of 2017. The highest wind speed matched with any of them, found when significant structural deformation is done to a high-rise building (over 20 stories tall), would only indicate an upper bound of 290 mph.

That does not indicate that wind speeds aren't higher than that, only that we have no structures that can withstand any higher wind speeds. Thus there would not be any potential for an F6 rating unless building methods are substantially changed to withstand stronger speeds, those buildings became prevalent enough that engineering testing were done and were able to verify its strength, and then such an extreme tornado ever hit them. Not something we're going to see anytime soon it appears.

So back to the question of whether tornadoes have winds stronger than those listed for an (E)F5? Measurement of the wind speed appears our only real hope of noting such. In-situ instruments such as anemometers generally fail well before winds reach such speeds, and typical radars cannot offer the resolution to diagnose such speeds. Only mobile Doppler radars offer much hope. There are numerous issues with utilizing such measurements, such as the fact they scan significantly above the ground layer, their sampling areas\timescales that make analyzing suction vortices difficult, and they contain uncertainties due to Nyquist frequencies, variations in reflective objects, and statistical distributions.

Such tornadoes are very rare to encounter. But in the past couple decades we have indeed managed to attain a handful of close-proximity estimated measurements of strong tornadoes. But I am not aware of any peak estimated wind speed reaching beyond the (E)F5 range. Here are the most notable ones I'm aware of:

So, long story short:
While (E)F6 tornadoes may not be impossible, and the categorization does theoretically exist... in practicality, there is no need for such a value, as the damage would be complete whether in an (E)F5 or (E)F6+.

No. The highest is the EF5.

Dr. Fujita constructed a scale connecting Beaufort Force, Fujita Scale, and Mach number which shows that the Fujita Scale theoretically goes to 12 (F12). As fortunate (and as horrible) as it would be to successfully ride out an EF5, imagine if you will surviving a tornado packing Mach 1 winds! !?! 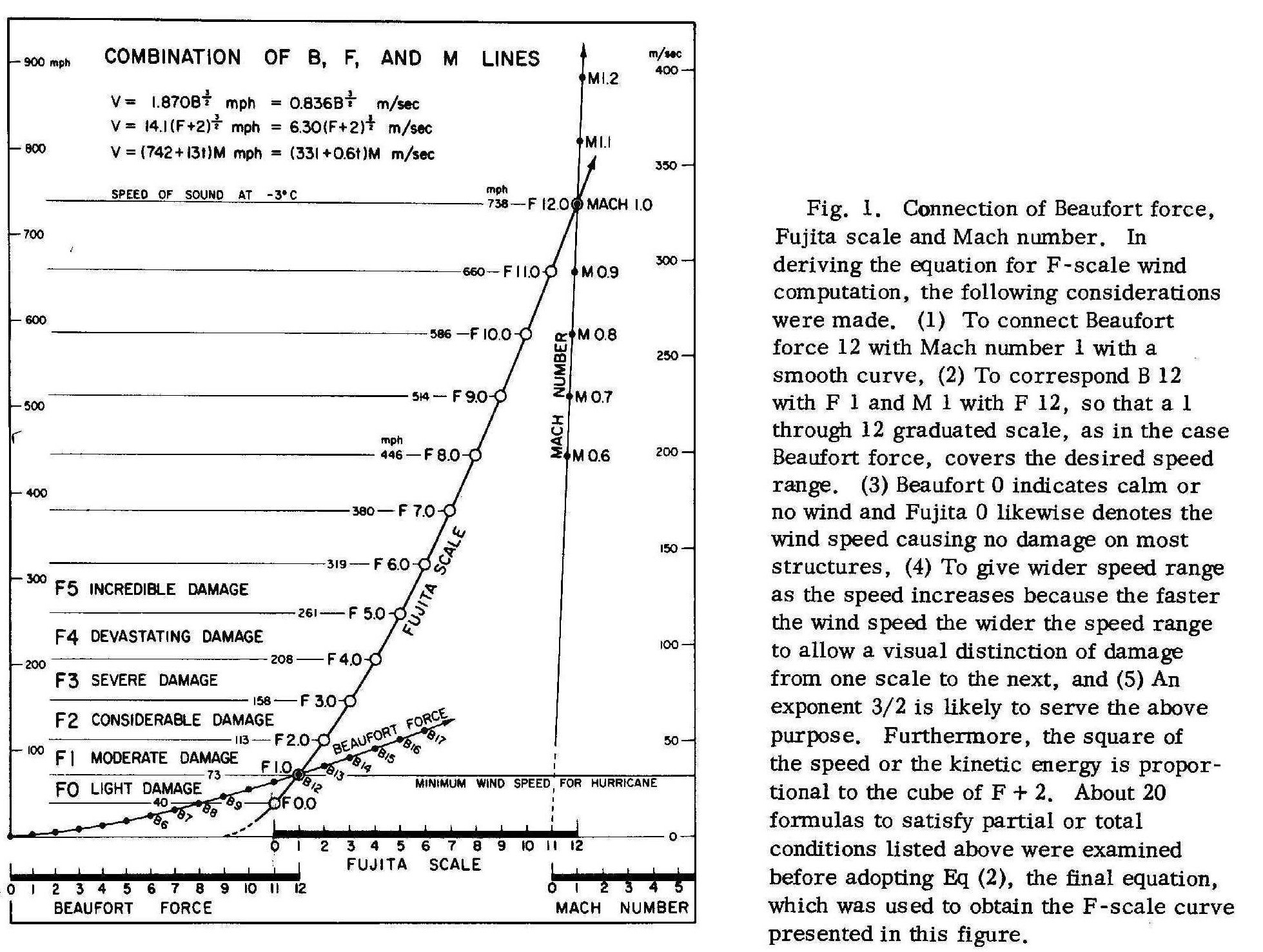 3
What are the Theoretical Limits for Tornado Size and Strength

16
Why does the so called "tornado alley" exist?
11
What is the motivation of using the Enhanced Fujita Scale in place of the Fujita Scale?
20
Why is there no middle ground between tornadoes and hurricanes?
23
Do tornadoes have eyes?
14
How does a 'fire tornado' form?
5
Is there any video evidence of animals raining from the sky?
3
How big was the eye of the El Reno tornado?