Effects of global warming on drought in India

Is there an intuitive explanation for non-specialists why India is projected to experience a decrease in drought (= increase in PDSI) due to global warming, unlike most areas at the same latitude(s), at least according to these maps by Dai (2010)? 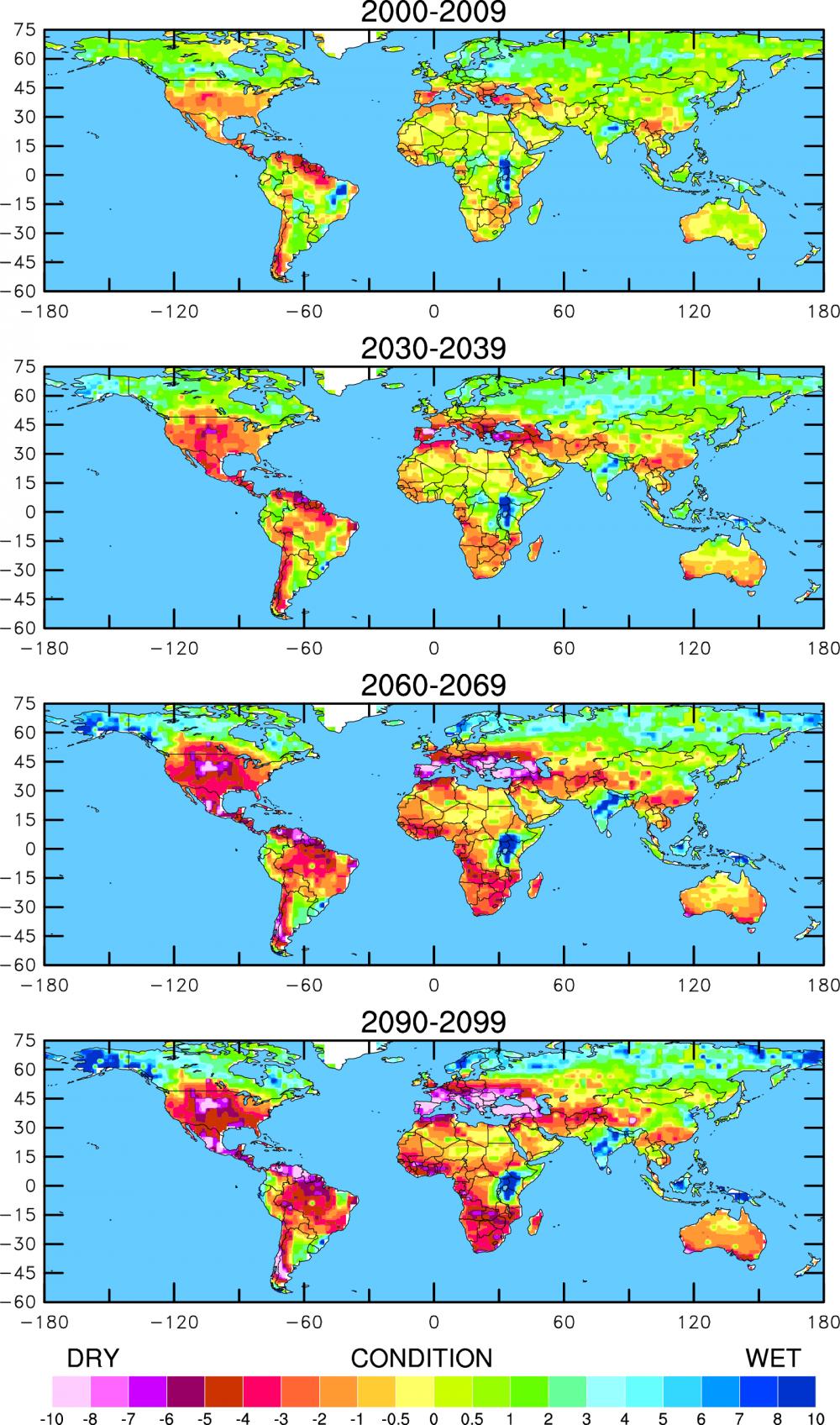 Since you asked for an intuitive explanation, my thoughts would be that due to predicted increasing sea and global temperatures, the models used might be predicting a corresponding increase in monsoonal moisture or duration.

From Climate of India :

In India a tropical wet and dry climate is more common. Noticeably drier than areas with a tropical monsoon climate, it prevails over most of inland peninsular India except for a semi arid rain shadow east of the Western Ghats.

An article on the National Geographic site discusses the relationship between the ocean air temperature and the monsoons in India:

The summer monsoon is associated with heavy rainfall. It usually happens between April and September. As winter ends, warm, moist air from the southwest Indian Ocean blows toward countries like India, Sri Lanka, Bangladesh, and Myanmar. The summer monsoon brings a humid climate and torrential rainfall to these areas.

So in a region which is warmer, both air and ocean temperature, this monsoon effect is apparently predicted to be altered accordingly, resulting in either a higher precipitation, or longer duration to the wet cycle, to effectively make this region wetter than it is today. Without knowing more about how the models were derived, this is just speculation however.

Not the answer you're looking for? Browse other questions tagged climate-change drought or ask your own question.

6
Why do winter temperatures account for most of the increase in global temperature?
6
Does the regional localisation of global temperature trends suggest contamination by urban development?
11
How exactly is the “global average temperature” calculated and how reasonable is this method?
1
Spatial extent and predictability of various hazards.
9
Any historical examples of destructive climate warming?
5
Is non-randomly-sampled historical data representative?
11
Relationship between natural disaster and global warming, in the media