Why are there no hurricanes in the southern Atlantic basin?

Where are all the tropical cyclones in the southern Atlantic basin?

The reason why these storms generally don't occur in the south Atlantic, according to the Penn State webpage Upper-level Lows as being:

There are two primary reasons why tropical cyclones are rare in the south Atlantic basin. First, vertical wind shear between 850 mb and 200 mb is typically greater than 10 meters per second (check out the long-term average of vertical wind shear between 850 mb and 200 mb). To make matters worse, westerly shear dominates over latitudes where tropical cyclones would be most likely to form. Second, easterly waves from Africa do not form south of the equator (the MLAEJ is a northern hemispheric singularity.

Further, from the NASA News page The Nameless Hurricane, they provide an extension to the explanation with

Vertical wind shears in the south Atlantic are too strong for hurricanes," Hood explains. Winds in the upper troposphere (about 10 km high) are 20+ mph faster than winds at the ocean surface. This difference, or shear, rips storms apart before they intensify too much

evidence to suggest that Catarina could be linked to climate change in the SH circulation, and other possible future South Atlantic hurricanes could be more likely to occur under global warming conditions.

edited to add an NASA Earth Observatory satellite image of the hurricane: 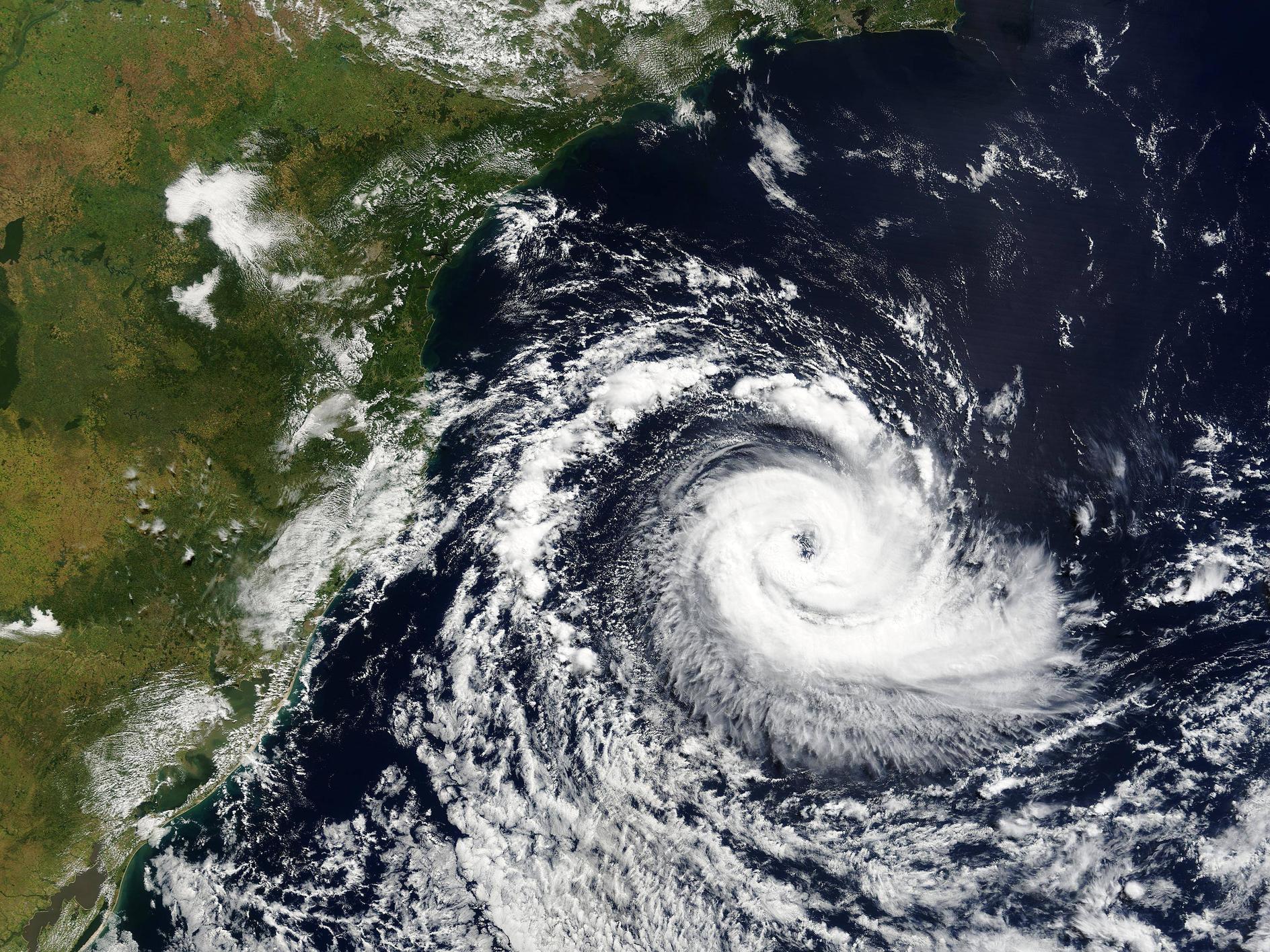 The original question asked why there were no hurricanes in the southern hemisphere. The answer given:

It really is just a naming convention based on location. You can see in the wikipedia article here: http://en.wikipedia.org/wiki/Tropical_cyclone#Classifications.2C_terminology.2C_and_naming , it says:

... each basin uses a separate system of terminology, which can make comparisons between different basins difficult. In the Pacific Ocean, hurricanes from the Central North Pacific sometimes cross the 180th meridian into the Northwest Pacific, becoming typhoons (such as Hurricane/Typhoon Ioke in 2006); on rare occasions, the reverse will occur.

Not the answer you're looking for? Browse other questions tagged meteorology tropical-cyclone atlantic or ask your own question.

32
Why does Coriolis determine the rotation direction of a cyclone but not my drain?
12
Relation between direction of shear and tropical cyclone formation
12
Two severe cyclones connected by a monsoonal trough
3
Is it possible to have a busier tropical storm season in the eastern Pacific basin than in the western Pacific basin?
4
How did a tropical storm starting with “D” end up next to a typhoon starting with “T”?
8
Why don't tropical cyclones hit Hawaii?
3
Why exactly did the use of Greek letters as names for Hurricanes happen the first place, despite the fairly obvious and predictable impracticalities?