What is the relevance of Arctic coastal erosion to the Earth's climate?

More specifically, severe Arctic coastal erosion of permafrost material has taken place in recent years. How relevant is this specific process, alone, to Earth's climate in general, or at least to the Arctic climate?

The first side is how big is its current role as a ${CO}_2$ source, and the second is how much of risk it posses for future climate change.

It term of current contribution the answers is that it is not very relevant. According to the "The Arctic Coastal Dynamics Database: A New Classification Scheme and Statistics on Arctic Permafrost Coastlines" from 2011, there are 101,447 km of coastline in the Artic, and the mean coastal erosion rate is 0.5 m/yr with a mean backshore elevation of 8.3 m. Multiplying all those numbers we get that 421,005,050 $\text{m}^3$ of Arctic soil are lost to the sea every year.

That paper is behind a paywall so I'll copy here Table 2 (where most of above numbers come from) and figure 6 that are relevant here. 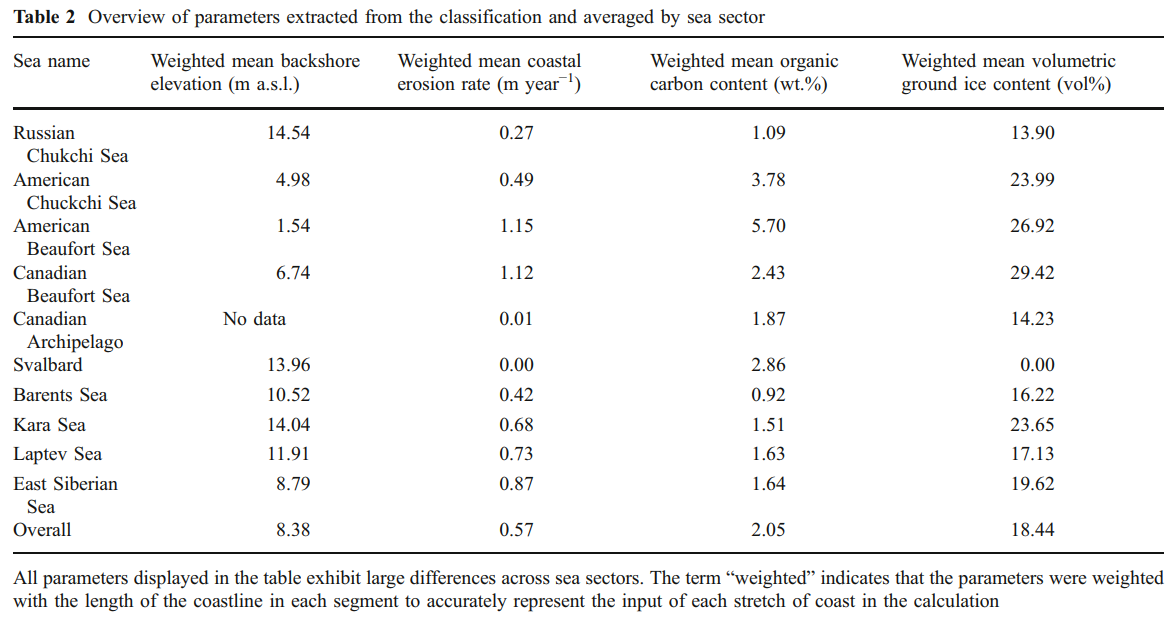 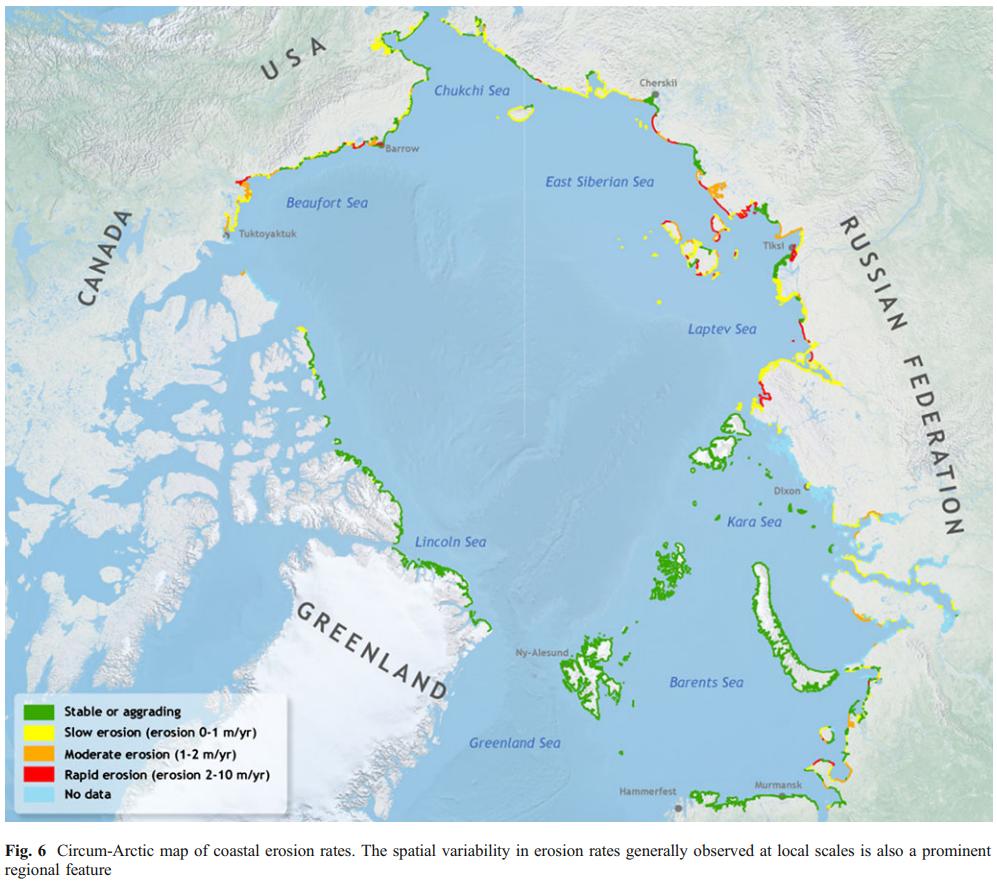 Table 2 also indicates that ~2% of the weight of that lost soil corresponds to carbon, so using a bulk density of 1,900 $\text{kg}/\text{m}^3$ (source) you get that the lost corresponds to 0.00002 Pg C (peta grams of carbon) per year, a very small number compared with the ~7.8 Pg C that burning fossil fuels put into the atmosphere every year.

Now, it is more concerning the potential of permafrost lost. Scientist have studied Arctic ocean sediments and found that during the period of fast sea level rise at the end of the last ice age, a huge amount of organic carbon stored in permafrost was released (source), perhaps close to 1,000 Pg (source). Carbon that was then available for microorganism to metabolize and transform into greenhouse gases as carbon dioxide and methane. This greenhouse gases helped warming the Earth and melting the ice caps that covered it at that time.

There are still about 1,300 Pg of carbon stored in permafrost (source). Thawing of permafrost is increasing rapidly. As well as coastal erosion rates. In coastal Alaska for example it have increased from 6.8 m/yr in 1955-1979, to 8.7 m/y in 1979-2002, to 13.6 m/yr on 2002-2007 (source). Arctic warming, sea level rise and release of permafrost organic carbon form part of a dangerous positive feedback cycle that we don't know how far or how fast it can go. And it have the potential to release massive, and this time, VERY considerable quantities of greenhouse gases into the atmosphere.

"One-third of the coastline in the world is Arctic permafrost [Lantuit et al., 2012]. Despite this sizeable proportion, a comprehensive understanding of erosion dynamics in the Arctic has not yet emerged. Unfortunately, the majority of present knowledge regarding coastal landscape evolution is confined to areas with temperate climates and non-cohesive sediments. Oceanographic and geomorphic feedbacks in the Arctic may be complex, but the need to interrogate these processes with physics-based modeling is becoming increasingly important. This urgency is underscored by scientific work that demonstrates erosion rates for many Arctic locations are increasing."

Not the answer you're looking for? Browse other questions tagged climate-change carbon-cycle arctic cryosphere permafrost or ask your own question.

6
When sea level rises, does the increased ocean area cause the earth to cool down somewhat?