Why does cold air inflow in high tropospheric layers create a low in the upper troposphere?

As part of my pilot ground examination I got a question about cold-air inflow to the upper layers of the troposphere, the question was about the result of the inflow, The right answer was that it creates a Low in the upper troposphere and also thunderstorms.

I can't get it, from my little knowledge, adding a cold heavy air to an area results in pressure raise and maybe a high pressure area but no way a low one.

Can someone help me to figure out that phenomenon? I tried to google it but found no results.

You have asked an excellent question. This source was used for the illustrations shown in this answer. The basis for the exam questions may have been an expectation that the prospective pilot would be knowledgeable of processes in meteorology at about the introductory level college or university course in meteorology. The actual circumstance regarding these two questions is one of atmospheric processes, namely, the transport of colder air over warmer air along the margin of a developing low. There is no finer example of the issues presented in your question than this actual example from today's weather. Two illustrations are being shown, the first is the 500mb chart for central North America. Dashed temperature contours (not specifically marked) are in degrees Celsius, Beaufort wind speeds are indicated in kts. The second chart is for the current surface weather analysis at the same time as the 500mb chart. Both charts are at 1200 UTC 07 April 2022. Let's look at the upper-air chart.

But first, a word from our sponsor...

So the question becomes, what are we looking for in the upper air chart that specifically tells us what is happening regarding cold air transport? Here are some basic guides when looking at upper-air charts -

Now back to our program...

First, at 500mb (below), note the strong transport of colder air eastward over the south-central/southeast portion of the US, and the coincident (or simultaneous) formation of a deep upper-air low over the north-central US. Also take related note of the transport of warmer air over colder air in the Pacific Northwest and British Columbia, and the formation of a dominant high-pressure ridge in this area and well into the southwestern US. Now let's jump below and discuss the surface weather... 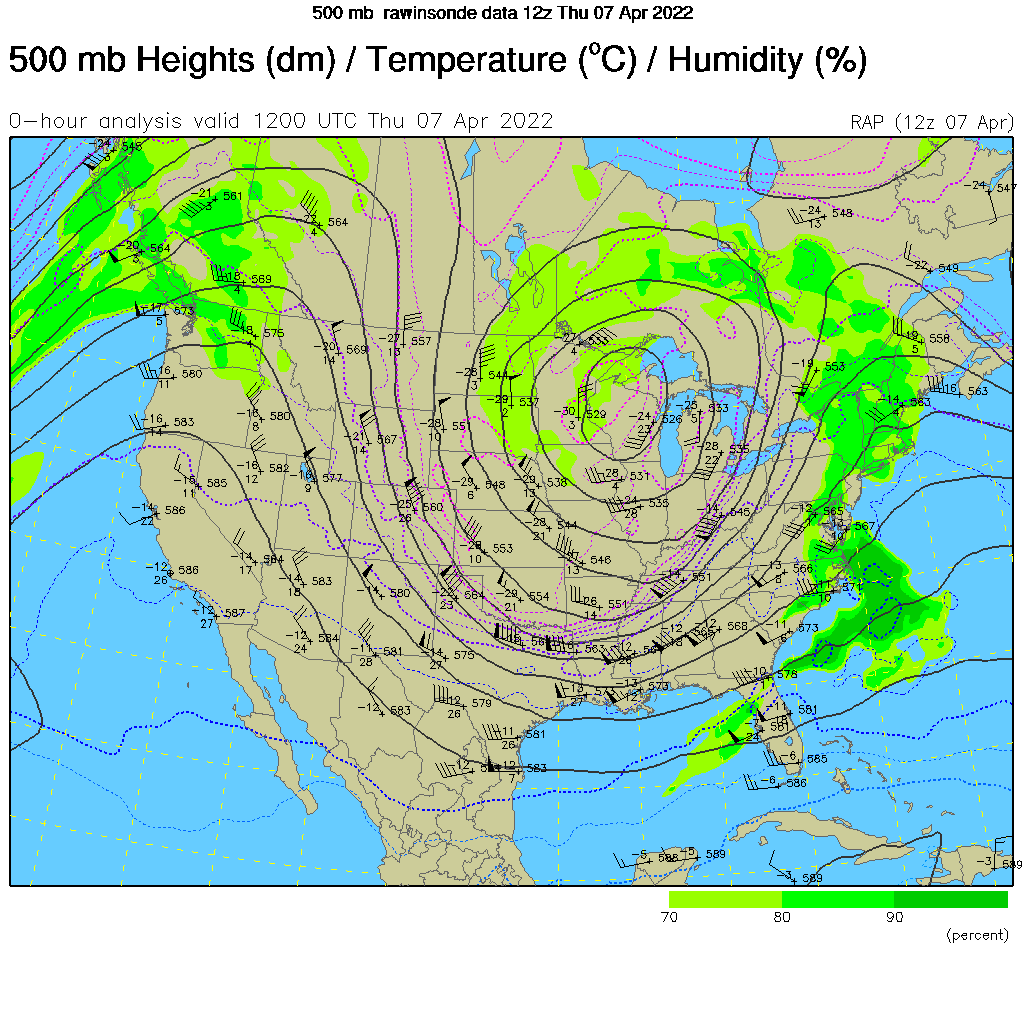 Here we can see, in the surface chart (below), the formation of heavy rain (and expected thunderstorms) in the US south east and into the eastern Great Lakes/St. Lawrence - southern Canada region. Note also that the transport of the colder air portends the formation of an advancing cold front at the surface, atmospheric instability to the east of the front, and formation of rainy/stormy weather. Note also the expression of the upper-air low at the surface with a central surface pressure of less than about 994mb. Estimated pressure at the center of this low, at 1600 UTC, is 931mb. 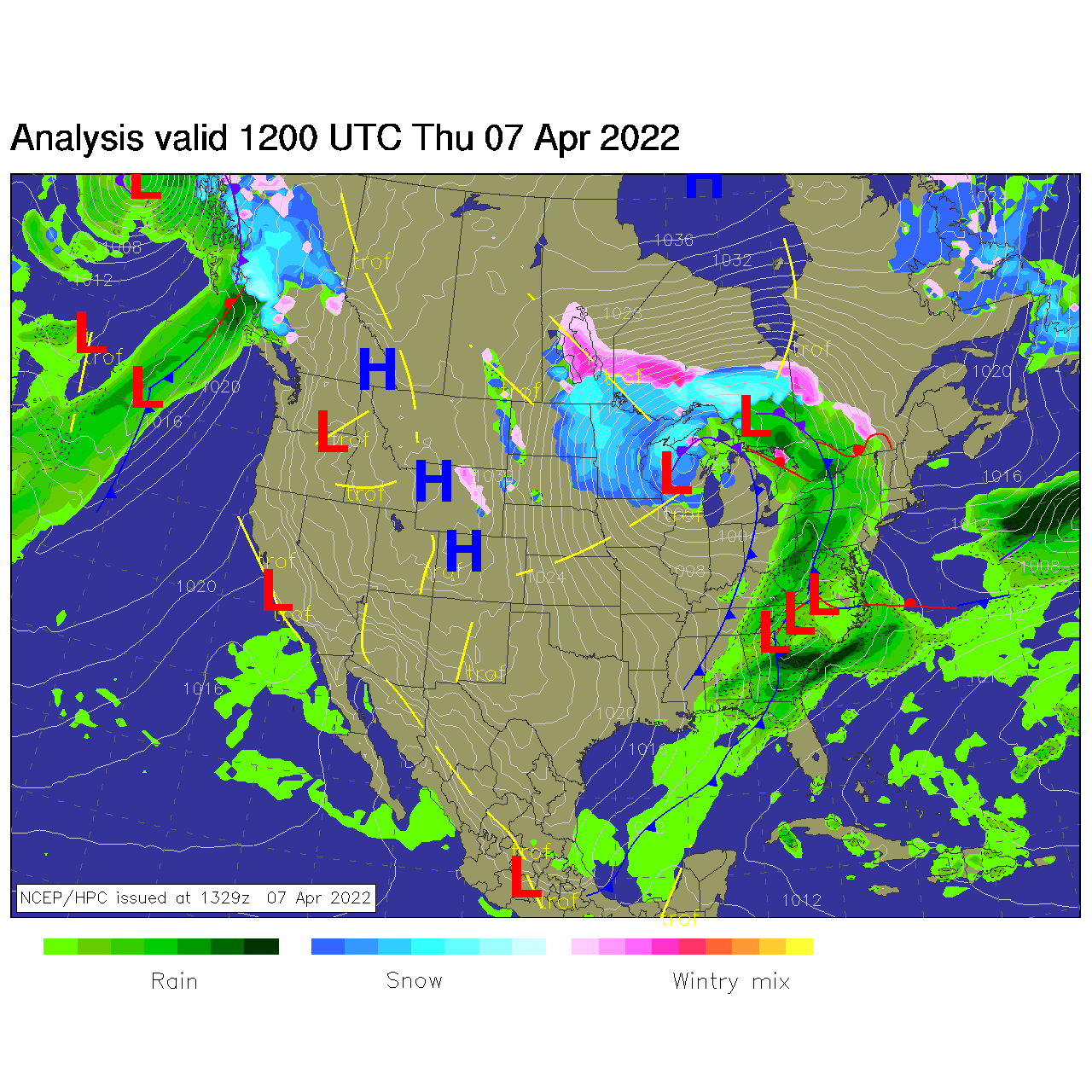 Not the answer you're looking for? Browse other questions tagged meteorology troposphere or ask your own question.

17
Why is the troposphere 8km higher at the equator than the poles?
32
Why does Coriolis determine the rotation direction of a cyclone but not my drain?
10
Does this optical phenomenon have a name?
4
Growth of polar vortices vs projective geometry; what does this figure mean?
6
What happens in the upper air when the altitude of the tropopause changes?
3
Why is the pressure on the poles higher in Summer and lower in Winter?
1
Are thunderstorms normal at the end of a heat wave?
0
Gases descending from atmospheres