What is the furthest observable phenomenon from Earth that is Earth Science?

Guessing that the Earth's magnetic field is the furthest observable Earth Science related phenomenon from Earth itself, though not completely sure.

It appears the Earth's magnetotail, which is a part of its magnetosphere, is on the Earth's nightside; lengthwise exceeds 6,300,000 kilometers (3,900,000 miles); and is the furthest known observable feature of Earth.

I am unable to explain why is it commonly not included in the "spheres" of Earth Science. 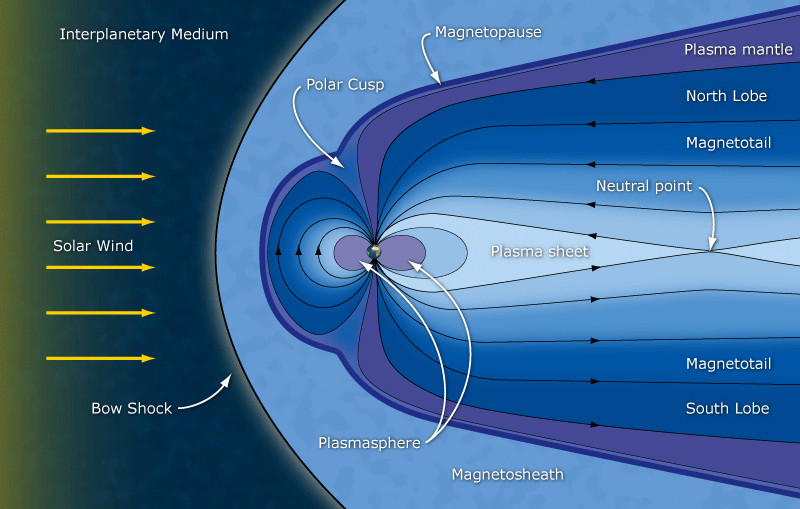 Note: The gravitational pull of Earth in theory spans the known Universe, though it's unlikely to have any observable affect, unlike the Earth's magnetotail.