The Larson C Ice Shelf is the large blue-ish region in the middle of the false-color radar image, and is labeled as such. The crack is the thin lighter line just above the red arrow.

Moving diagonally upwards to the right, the gray region is labeled "Sea Ice". Is this just much thinner but mostly solid ice, or water with pieces of ice in it? While the ice shelf seems relatively uniform in tone, the gray sea ice area has a mottled pattern.

Also the boundary between the two regions has what looks to me like some kind of 3D effect - the black, ribbon-like variable width region separating the two. Is this an effect of shadowing from oblique incidence? Is this actually the sidewall height of the ice shelf?

There is also some discussion of radar imaging of sea ice in this answer. 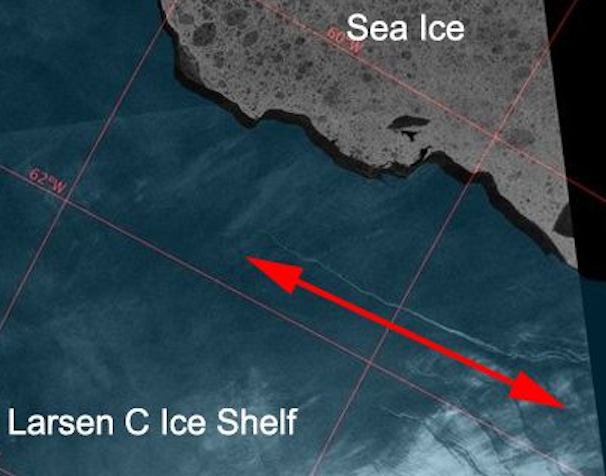 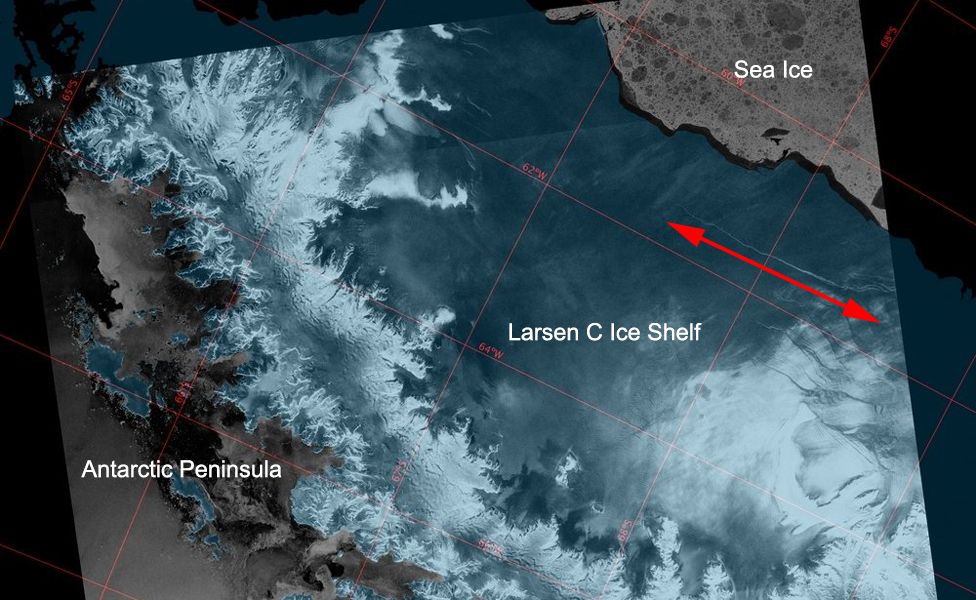 above: Sentinel-1 synthetic aperture radar image of the Larson C ice shelf, beginning of January 2017, found here. Open in separate viewer or tab for full size. The width of the image is roughly 300km, south is towards the lower right. Image credit: ESA/EU/Copernicus 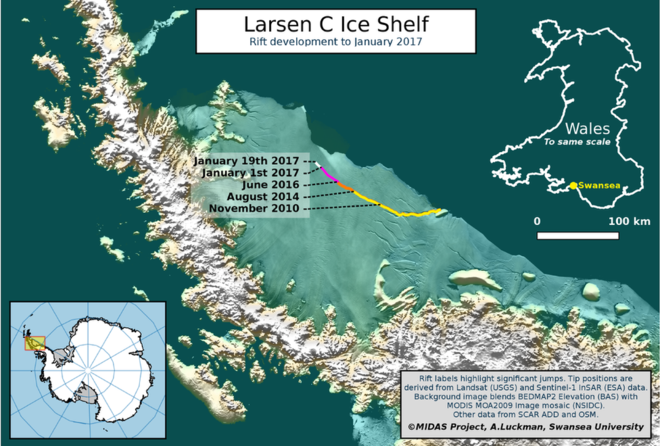 above: Map of the region around the Larson C ice shelf, beginning of January 2017, from BBC here. Image credit: MIDAS Project, A. Luckman, Swansea University. Because it's difficult to read, I'll point out that Wales not shown in it's correct location - it's there for scale only. 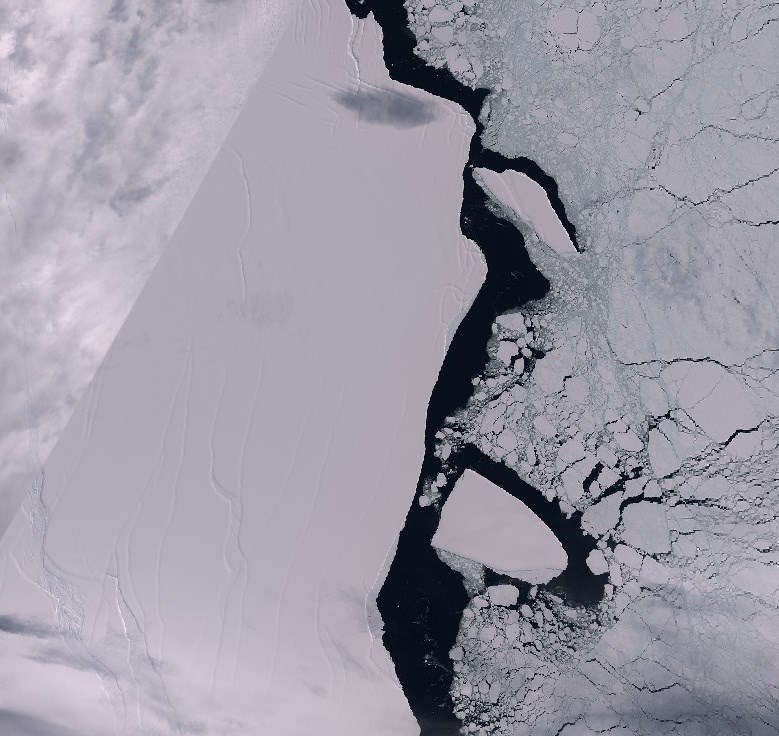 EDIT: Added more info about the position, scale and orientation of the image.

Not the answer you're looking for? Browse other questions tagged glaciology remote-sensing sea-ice ice-shelf or ask your own question.

6
Observations of sea ice typology in the Arctic

6
About moving ice bergs northwards to slow down all the melting a tiny bit. ( Clearing away navigation hazards is a side effect of this.)
12
Is there a name for this type of ice crystal?
4
Need help understanding variables that relate to meterology terminology
18
Is this 70km crack in an ice shelf of Antarctica remarkable, or a regular occurrence?
8
The giant 6,000 km$^2$ iceberg A-68; will ground-truth telemetry supplement satellite tracking data?
1
Help understanding radar data in subglacial lake complex beneath Devon Ice Cap
1
Satellite image displaying as panchromatic
3
What (if any) "in-situ instrumentation" is on the Brunt Ice Shelf that will detect its splitting and breaking away?
1
Is "Chasm One" the really the name of this feature on the Brunt Ice Shelf?