One of the seismic inversion algorithms is called 'colored' inversion. It is performed in the frequency domain and the point is in building an operator that directly transforms a seismic trace into reflectivity trace.

What does 'colored' mean and why was the specified technique named this way?

Colored inversion is designed to approximately match the average spectrum of inverted seismic data with the average spectrum observed impedance (Lancaster and Whitcombe, 2000). The earth’s reflectivity can be considered fractal, and the resulting amplitude spectrum favors high frequencies (spectral blueing). If there was no preferred frequency, then you would have a "white spectrum", but as there are some frequencies with more energy, then it is called "colored". 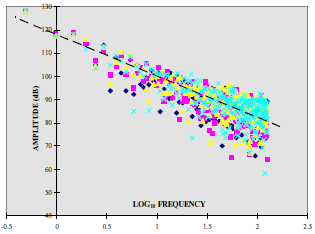 Figure 4 from Lancaster and Whitcombe: Acoustic impedance from 4 sites in the North Sea

The answer by @aretxabaleta is dealing specifically with seismic data (which was your question). I only want to add that the colour of noise is a general term to describe frequency spectra, that comes from electronics/physics and is used in many other fields (e.g. in colour of environmental variability in ecology). White, blue, brown/red and pink are all terms that describe different frequency spectrums. White coloured noise has a flat power spectrum, brown/red noise is dominated by lower frequencies and blue noise by high frequencies. Red and blue (and pink) noise are hence named after the colour of visible light with those types of frequency spectra.

7
What is the meaning of seismic spectral blueing?