What atmospheric phenomenon am I seeing in this photo?

On a trip to Brighton, England on April 12th, 2015, I noticed this strange plume in the sky over the English Channel at about 13:00 hours. It looks like; 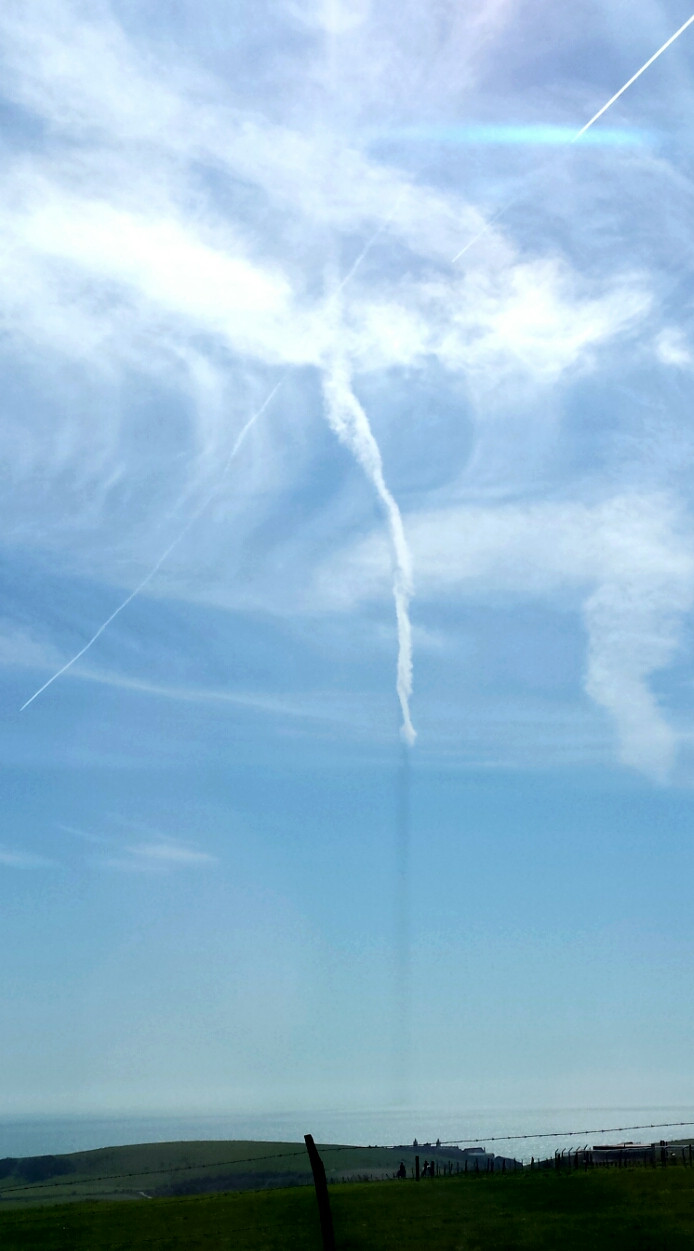 Please note, I took this photo with my phone, with the window down and it is completely unedited. Is this a meteorological phenomenon, and if so, what is it?

You are seeing an older jet contrail and its shadow. You can also see some newer contrails, and maybe even some older ones.

Contrails are not necessarily continuous. For example, the contrail that appears to be horizontal in the image below appears to magically appear near the left end of the image. What about the dark band below the contrail? That's the contrail's volumetric shadow. You were in just the right place to see it. Notice that while the contrail is twisted and not quite straight, that dark band is straight. If you look closely, you can see that it doesn't end at the horizon. It appears to extend into the water. It's a shadow, a volumetric shadow to be precise.

The next two links are to images that show exactly this effect. These images appear to be copyrighted, so I'm going to leave them as links rather than embed them.

Link to image portraying a jet chasing it's volumetric shadow

Link to another image of a contrail and its volumetric shadow

Finally, this is a very striking example of the volumetric shadow from a contrail, in this case the launch of STS-98. This image is from Wikipedia, so it's fair use. In other images (you can search for them) taken from other angles, the shadow isn't nearly as striking, sometimes even non-existent.

8
Explanation for contrail with a dark line