How are the Scala dei Turchi staircases formed?

The Scala dei Turchi i (Italian: "Stair of the Turks") is a rocky cliff on the coast of Realmonte in Italy: 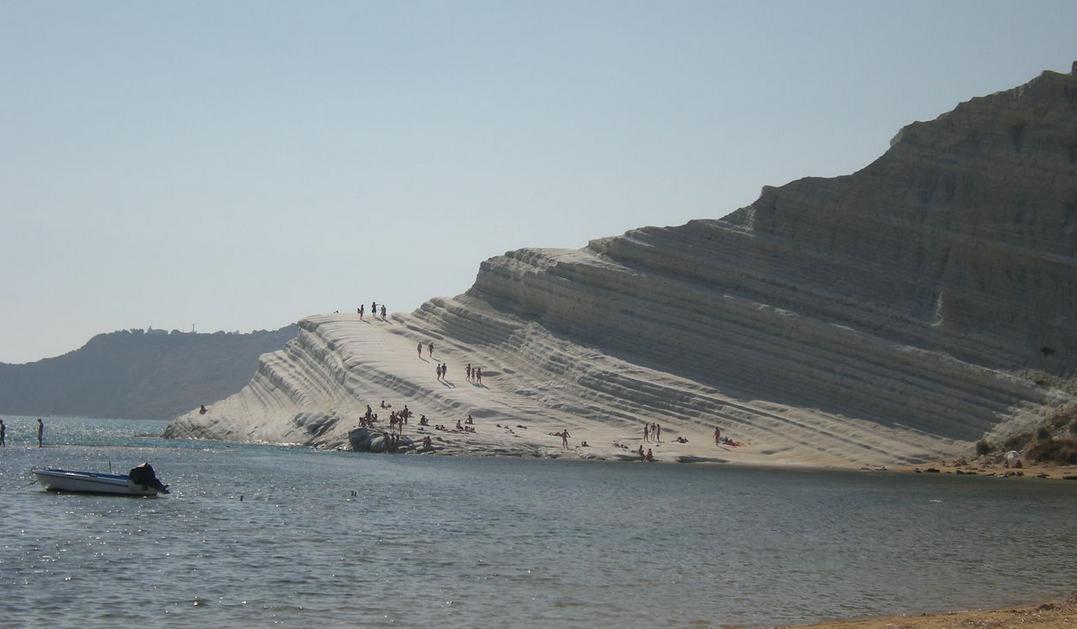 How is the shape of a staircase formed?

Could it be some sort of stretching process?

geology sedimentology geomorphology
Share
Improve this question
edited May 1 '18 at 21:24

There's no need to invoke stretching here. This is just a simple case of dipping sedimentary beds which have been eroded by the sea.

The stepped geometry may be caused by small variations in the hardness of the beds such that the harder beds weather out more prominently and create the steps.

Alternatively, at least some of the larger steps may be wave cut terraces formed during periods of stable sea level. In the background on the left of the picture you can see two large terraces separated by a ramp which look very much like wave cut terraces. Such terraces are well known from central Greece, where they have been uplifted by activity on faults and I would speculate that a similar process has occurred here.

Not the answer you're looking for? Browse other questions tagged geology sedimentology geomorphology or ask your own question.

7
What causes such a narrow slit in a cliff? (see photo)
9
Large scale structures in the Sahara – what are they?
0
Are fossil fuels really formed from fossils?
11
How could this pyramidal Mountain have been formed?
9
How did the Ural mountains form?
7
How are sand blocks formed?
4
How do the different densities of the oceanic and continental crust affect earth's outer shape?
4
how can a asterisk/star like crack occur on a rock?
4
How did this hole / hollow form within this rock?