Are we at the beginning of a Heinrich Event?

Does our current weather trend properly reflect a Heinrich Event? It seems like the drastic weather swings are what I would expect but I realize that is not definitive. I don't see the term bandied about as I would expect. Are there other criteria missing?

A Heinrich event requires massive ice sheets to grow and then collapse in the Northern hemisphere. The large outflow of icebergs that would result form such collapse would deliver fresh water and debris to the North Atlantic, which is what constitutes a Heinrich event. These events are detected by existence of deposits of ice rafted debris and dropstones in the sea floor. 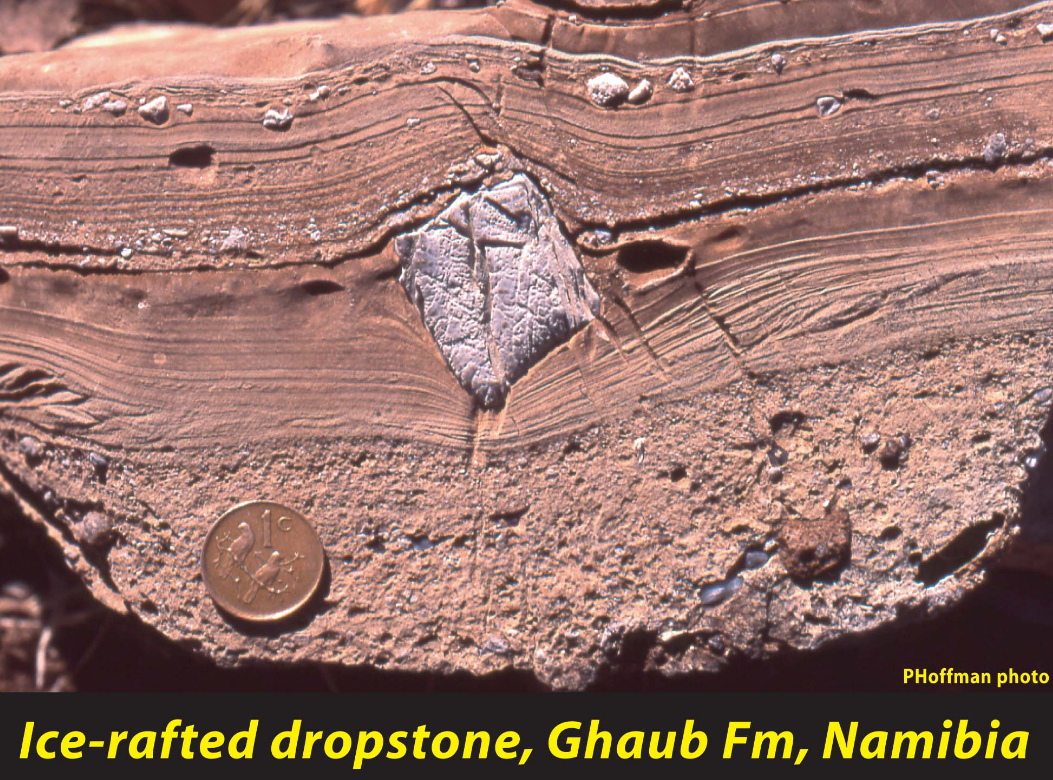 Example of a dropstone carried by an iceberg, dropped on the sea floor, and then embedded in sea floor sediments (image taken from snowballearth.com)

Current ice masses in the Northern hemisphere are tiny compared with those that generated all recorded Heinrich events.

Something similar could happen now further south if East Antarctica collapses. However the circulation pattern in the Antarctic ocean limit significantly the distance that icebergs can travel.

Not the answer you're looking for? Browse other questions tagged geology climate-change glaciology climate-models glaciation or ask your own question.

10
Does the long-term ice-core temperature record provide reasonable evidence that the current temperature trend is not anthropogenic?
13
Is Antarctic sea ice at record levels?
8
What does global weirding mean regarding temperature extremes?
3
Was there once a glacier over Starcke national park in Queensland Australia?
11
Relationship between natural disaster and global warming, in the media
5
Making a local geological field trip an interesting and educational event for children?
1
Why do climate experts from the UN/IPCC rarely mention Grand Solar Minimum?
1
Does extrapolating current CO2 trends indicate 7632 PPM CO2 and 14C temperature anomaly within 200 years?
2
Are 60C heat waves predicted by 5C of global heating? (The worst consequence of global heating)